Last spring, actor and comedian Larry Miller nearly died when he suffered a traumatic brain injury that left him in a coma and on life support for a month. His rep says Miller is “lucky to be alive.” 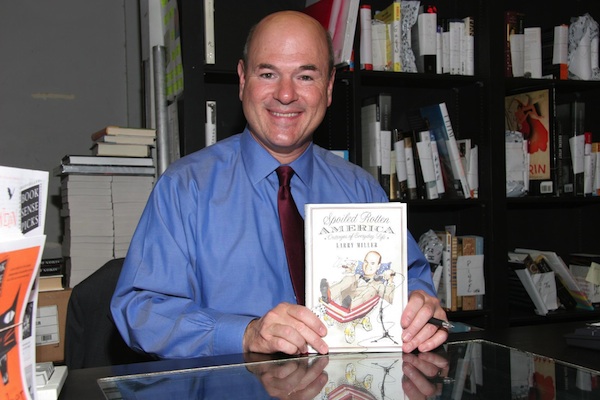 Larry Miller is fortunate to be alive after a critical brain injury left him in a coma for one month last year. Miller — whose representative just released specifics on the horrific injury — says the actor and comedian was close to death.

“He was hovering between life and death,” Hansen said. “It’s a miracle he woke up… He’s lucky to be alive.”

Miller is best known as a stand-up comedian and for his roles in Seinfeld, 10 Things I Hate About You, The Nutty Professor, and Pretty Woman. To date, he has acted in more than 110 film and television productions and appeared as himself in more than 40 productions.

He currently has a podcast on Adam Carolla’s Entertainment network titled This Week with Larry Miller, in which Miller discusses his own personal life stories with a focus on uplifting themes with quirky comedy.

Miller suffered a brain injury in April 2012 after he left a taping of a podcast with Adam Carolla. He lost his footing and fell, hitting his head on a sidewalk. He was transported to UCLA Medical Center, where he remained in a coma and on life support until May 2012.

While Miller was released from the hospital, his brain injury still remained a significant obstacle for months because of the slow recovery process. Hansen told People, “He had to work on some issues regarding brain connectivity.”

Miller also said, “I’m very thankful to have recovered from a traumatic brain injury so quickly.”

He returns to This Week with Larry Miller after a holiday hiatus today, Jan. 9.