Harry Styles’ hot tub pal has been revealed. As reports surface that the One Direction singer and songstress Taylor Swift have broken up, many wonder just who he was photographed sharing hot tub water with! 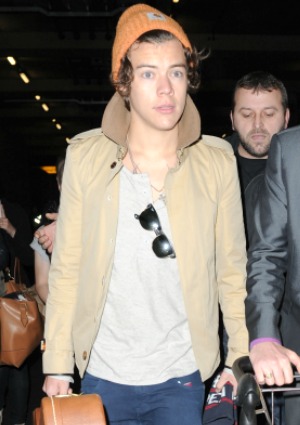 Harry Styles‘ hot tub cohabitants have been heavily scrutinized while rumors that his relationship with Taylor Swift has bit the dust have hit the press.

We have to ask: Is a bikini-clad reality star always a bad sign for a relationship reconciliation? Try not to say yes.

After photos of Styles stewing in a hot tub with four other guys and two women surfaced on Facebook, many wondered who the smiling beauty sporting a red bikini could be. Perhaps the name Hermione Way rings a few bells?

E! News reports it was she, an English reality star, who posed happily for the photo with one female friend and several males.

While Way and Styles both appeared on the defunct Bravo reality series Start-Ups: Silicon Valley, it doesn’t appear it was he that she was most interested in while visiting the British Virgin Islands.

The photo in question shows Way sitting on the lap of Sir Richard Branson, owner of Necker Island and occasional matchmaker, while Styles sat three dudes away.

Way to cozy up to the Virgin empire billionaire, Ms. Way!

Reportedly, Styles and his bikini-clad friend “were flirty with each other, but ultimately nothing occurred between them of a romantic nature.”

Despite reports that “Haylor” is nothing more than another flash-in-the-pan relationship, it’s noteworthy that no official sources have yet to confirm that the Red singer and the 18-year-old, pictured here going solo at Heathrow Airport on Jan. 7, are a thing of the past.

Sure, Life & Styles‘ anonymous source shared that the two “are both really busy and never in one place for long. Harry’s really upset about the split and is really sensitive about it,” but a rep for either — and let’s face it, they both have one who’s being peppered with questions — has yet to say boo.

Do you believe reports that say Taylor Swift and Harry Styles have broken up?