Al Roker is “amazed” his pants-pooping confession became an Internet hit — are you? It turns out that if anyone had actually read the weatherman’s book the world could have been blessed with the story days earlier. 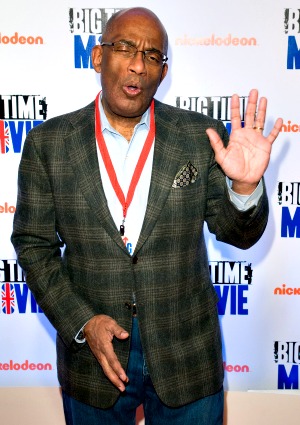 Al Roker somehow imagined he could utter the phrase “I pooped my pants” on national television and the story wouldn’t get picked up on the wonder known as the World Wide Web.

While Al Roker‘s weight-loss interview, in which he talked about the struggles and surprises gastric-bypass surgery can present, aired Sunday, it was Monday that his incident at the White House trended in the news.

Bringing up the awkward conversation on Wednesday’s airing of Today, Al Roker’s co-workers attempted to broach the sensitive subject with dignity.

Cutting to the chase, the weatherman introduced a clip of himself telling the confession heard ’round the web. It goes like this:

“I probably went off and ate something I wasn’t supposed to. And as I’m walking to the press room, [I’m thinking] ‘well, I gotta pass a little gas here. I’m walking by myself. Who’s gonna know?’ Only a little something extra came out. I pooped my pants.”

“Now we bring this up not to embarrass you,” one of his co-hosts assured, “but because it is the lead story on several websites.”

“I’m just kind of amazed that this is such a big deal,” Al Roker replied with a chuckle. “I put that in the book Never Going Back because I wanted people to realize that there are consequences to gastric bypass surgery… some of them embarrassing, others can be life threatening or fatal.”

Is “vengeful” Al Roker out to destroy Today? >>

Drawing a laugh from his company, Roker added, “The good news is the book title doesn’t refer to the White House, because I have been back a number of times without incident.”

Adding to the 58-year-old’s surprise the story became a hit? His book, which includes the White House confession, didn’t just hit store shelves on Sunday.

“One website picks it up, and then everybody does,” Al Roker explained of how the tale took off before adding a jab. “Look, the fact of the matter is the book had been out for over a week, but of course nobody reads at these websites.”

Are you surprised Al Roker’s pooping confession was an Internet hit?