The legendary David Bowie returns with a nostalgic single, “Where Are We Now?” with Bowie fans drooling for his new album, The Next Day. 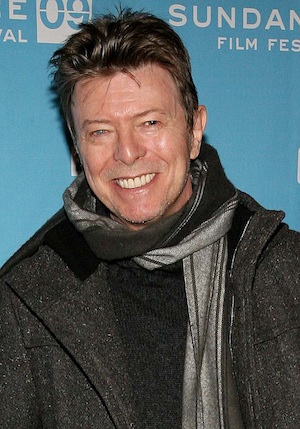 David Bowie has remained out of the spotlight for many years, especially in the last decade, but he makes a triumphant return to the music scene today with a new single, “Where Are We Now?” Bowie, who turned 66 years old on Jan. 8, 2013, celebrated his birthday with the release of “Where Are We Now?” from his upcoming album The Next Day.

“Where Are We Now?” showcases the best of Bowie with his aptitude for channeling complex emotions into three-minute, truly poetic songs. (The song most people are probably familiar with is David Bowie’s 1969 hit “Space Oddity” with the famous lyrics, “Ground control to Major Tom / You’ve really made the grade / And the papers want to know whose shirts you wear…”).

What does David Bowie’s name mean? >>

“Where Are We Now?” definitely has a specific audience, most likely dedicated fans of Bowie who have remained loyal throughout the years. The song features a slow tempo with riddle-like lyrics and is sure to drum up some nostalgia from fans. The music video is equally as odd, but listeners shouldn’t expect anything less from Bowie. His creative genius has always been able to survive despite mainstream shifts in music. One thing fans will notice about Bowie is his age, which is strikingly apparent in the video.

David Bowie has sold more than 140 million records and the The Next Day marks his 30th studio album. “Where Are We Now?” is available for download exclusively through iTunes and The Next Day is set for release on March 12, 2013.

Watch the official music video for David Bowie’s “Where Are We Now?” below.