Charlie Sheen has gotten someone in trouble. This time it’s Los Angeles Mayor Antonio Villaraigosa who swears he only spent three minutes with the Anger Management actor. 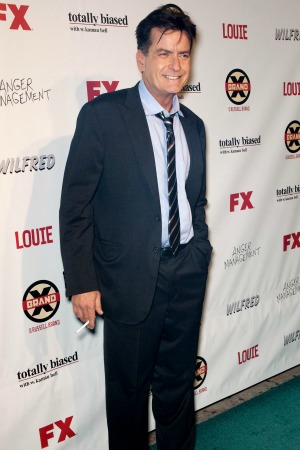 Charlie Sheen loves to make waves just like he did a few weeks ago at the opening of his new bar Sheenz at the Hotel El Ganzo in Mexico. That night he was called out for his homophobic slur, and now he’s dragging the Los Angeles mayor down with him.

It turns out L.A. Mayor Antonio Villaraigosa was at the party that night. In fact, Sheen documented it with a photo with the mayor on his Twitter account. That’s the only thing the two agree on. Villaraigosa says he spent approximately three minutes with the actor while the Anger Management star claims that the mayor partied with him, had a few drinks and enjoyed the company of several beautiful babes.

The story has been slowly brewing in the L.A. area, but everything hit the fan once TMZ picked it up. That’s when the mayor’s press team went into full PR mode.

The core of the issue is that as late as last November, the mayor was being considered for a cabinet position in President Obama‘s second term. Any association with Sheen and his antics could be damaging to the mayor’s reputation and to any consideration for a post on the federal level.

According to the mayor, who spoke with NBC 4 L.A., “I had a three-minute conversation and took a picture with him, that simple… I take a picture virtually every single day, 50 times.”

Okay, that’s fine, but the former Two and a Half Men star told TMZ, “I memorize 95 pages a week, so the last thing that I am is memory challenged. We hung out for the better part of two hours, discussing his L.A. roots, his poignant bullet campaign as well as his 3 a.m. lawn-watering tactics.”

Of course, Sheen wasn’t done. He added, “He’s a terrific guy, a great mayor and he can drink with the best of ’em: Me. Quite a memorable night indeed.”

It looks like the mayor is going to have a lot of cleaning up to do because Sheen doesn’t have anything to hide, but a politician certainly does. Mayor Villaraigosa has already weathered a cheating scandal back in 2007 with a TV reporter that resulted in the end of his 20-year marriage.

The mayor should know better. Hanging with Charlie Sheen is rarely a winning combination.