The internet is in a frenzy after the artist makes an appearance after more than a decade with this new track. 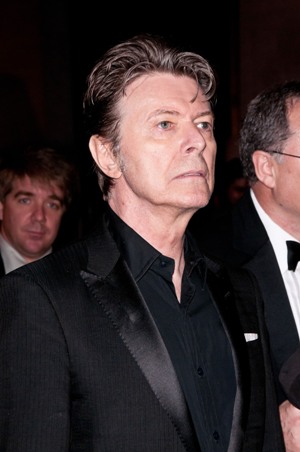 What are you planning to do/have done for your 66th birthday?

Want to know what David Bowie did? Set the masses afire with a new song, which also paves the way for a March 2013 album release.

It’s been awhile since we have heard from this infamous musician, and AsiaOne described his long hiatus as being due to a “medical procedure for a blocked artery in 2004.”

A decade-long disappearance is a long time to plan a return. Most artists retire and enjoy the time away. Apparently, this is not the case for Mr. Bowie. Who needs rest or retirement?

Bowie’s style has always been over the top and adventurous, so I was looking forward to seeing if this new release would make an impact the way his music normally does.

Is it a memorable video?

The Huffington Post sure seems pleased. And so am I. The news source has quoted several positive reviews, one of which was from the Telegraph, which described the video as being “the most surprising, perfect and welcome comeback in rock history.”

Those are some flattering words, and ones I believe are deserving. The track is indulgent — soothing and moody, and utterly “weird” — but, to his credit, in a delicious way. (The video is probably weirder than the actual song itself.)

Starting off like a ’90s hit, the song is trippy and nostalgic. I waited for a drop, or a loud outburst — maybe a pickup from the instrumentals that would throw me for a loop — but instead, Bowie maintains the droopy tone. Droopy? Is that ever a good term? In this strange song, it happens to be.

Although I was half-expecting to get bored, it was so unlike anything I have ever heard, I couldn’t help but tip my hat to one of the most-reputed artists we have ever known.

Want more reviews? Check out these others: