The longtime Hollywood stuntman, director and buddy of Samuel L. Jackson and Harrison Ford was in pre-production on an upcoming movie before he passed away. 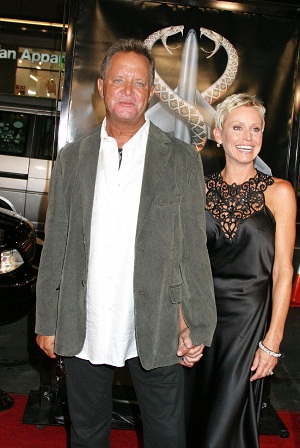 David R. Ellis, director and veteran stuntman, died on Monday morning, Jan. 7. Ellis was in Johannesburg, South Africa, doing pre-production on an upcoming movie with Samuel L. Jackson, Kite. No cause of death has been released.

While his biggest fame came from his direction of 2006’s Snakes on a Plane, Ellis worked in Hollywood for a long time before and after the movie. He’s credited as the second unit director in multiple upcoming films, including R.I.P.D. starring Ryan Reynolds, 47 Ronin with Keanu Reeves, and the adaptation of Mark Helprin’s novel Winter’s Tale.

He had previously gotten his directing start on a little movie called Homeward Bound II: Lost in San Francisco. From there, he also went on to work in movies such as Harry Potter and the Sorcerer’s Stone and the Kevin Costner classic Waterworld.

Ellis’ career in Hollywood began before he picked up directing. He first tried acting, but then became a stuntman at age 19. Of his dozens of stunt credits, some of the most high-profile ones include Fatal Attraction, The Perfect Storm, Master and Commander: The Far Side of the World, and The Matrix: Reloaded. He also served as stunt coordinator for 15 episodes of Baywatch.

Aside from his work on the hit Snakes on a Plane (alongside Samuel L. Jackson again), Ellis earned praise for his work on two of the Final Destination movies as well. New Line Cinema chief Toby Emmerich once said Final Destination 2‘s opening car crash scene (that’s the one with “Highway to Hell” and all those logs) was “the best action footage” since The French Connection.

During Ellis’ rich career, he no doubt befriended may of Hollywood’s elite. Jackson best summed up his feelings in a tweet on Monday afternoon: “So sad to hear of David R Ellis passing! So talented, so kind, such a Good Friend. He’ll be missed. Gone too soon!”

The California native was 60 years old. He is survived by his wife and three children.