Two of Lauren Conrad’s ex-boyfriends are getting married. Find out whom they’re marrying — and see the massive rings! 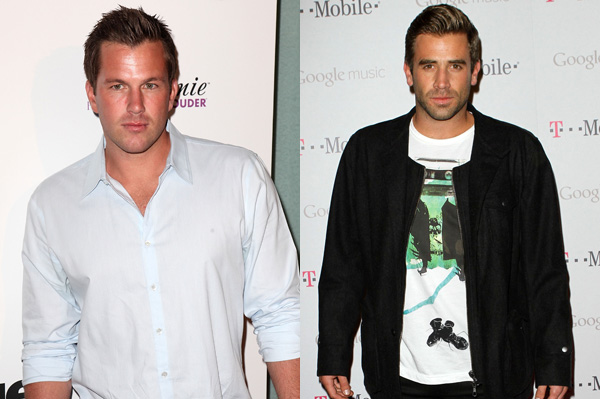 You know that movie Good Luck Chuck where Dane Cook’s character was the guy all women dated before they found “The One”? Well, Lauren Conrad might be feeling like she’s living in a female version of the movie: Two of her exes and fellow The Hills co-stars, Jason Wahler and Doug Reinhardt, are both engaged.

Not to each other, of course.

Reinhardt’s rep confirmed that the actor had proposed to his girlfriend, Allie Lutz.

“They [got] engaged on a yacht Doug chartered for New Year’s,” the rep told People. “Doug proposed on the yacht at St. Barts and afterwards arranged a lavish celebration while cruising around St. Barts and Anguilla.”

The 26-year-old showed off her massive ring on Twitter. She deserves it, too: The pair met in high school and dated on and off over the years.

He famously dated LC during Laguna Beach, but now he only has eyes for one woman: Ashley Slack.

“I said yes! I am the happiest girl in the whole wide world and I cannot wait to spend the rest of my life with my best friend,” she wrote in a Facebook post. Wahler later posted a picture of the ring on Instagram. The pair reportedly got engaged back in November.

Wahler has dealt with a lot over the past few years, mostly due to his alcoholism. Everything seems on the up-and-up now — and he couldn’t be happier.

“I found someone I really genuinely care about as a friend,” he recently told US Weekly. “My parents have been together 40 years, they just celebrated that. They’re best friends deep down. That’s kind of what you have to find.”

What Hollywood’s hottest men want in a woman
Miranda Lambert spills relationship tips
Jenna & Channing sittin’ in a tree: The actress dishes on their marriage