Fashion icon Vittorio Missoni is missing after his plane disappeared off the coast of Venezuela. Did the plane crash, or was he kidnapped? 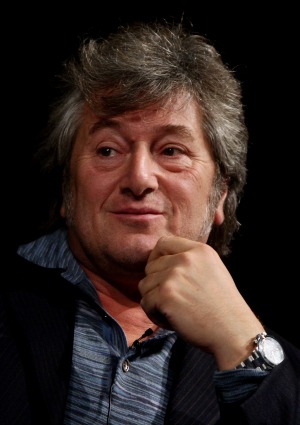 The families of fashion designer Vittorio Missoni and his fellow passengers are holding out hope that their loved ones are all still alive after their plane disappeared without a trace January 4.

While witnesses saw the plane take off, searchers have found no physical evidence of a crash off the coast of Venezuela, but new evidence suggests that at least one passenger is still alive.

Telecom Italia Mobile confirmed that the son of passenger Guido Foresti received a text from his father’s phone two days after the plane disappeared. The text read, “Call now, we are reachable.” However, calls to Foresti’s phone were unanswered.

“It’s better to be kidnapped than at the bottom of the sea,” the fashion icon’s sister Angela Missoni told press from her home on Monday. “We hope all four are alive and well. We also hope that the searches go in all directions.”

“I am in direct touch with the Italian Foreign Ministry and now in Rome to meet people and the Police of State to report the disappearance of my brother,” she later told Page 6. “At this time, we have no further specifics regarding these efforts except to say we are confident they will continue at the same pace, and that the search will explore all possible avenues. Our deepest thanks go to the multitude of supporters that have reached out to us from all over the world, and we ask that you join us in the hope that the Missoni, Scalvenzi, and Foresti families will soon be reunited. We are full of hope and trust the great work the Authorities have been doing so far. We will not give up.”

Among the missing are Missoni, Foresti, their wives Maurizia Castoglioni and Elda Scalvenzi and two Venezuelan pilots, German Mechan and Juan Fernandez.