Are people really cutting themselves in solidarity with Justin Bieber? Luckily, no. 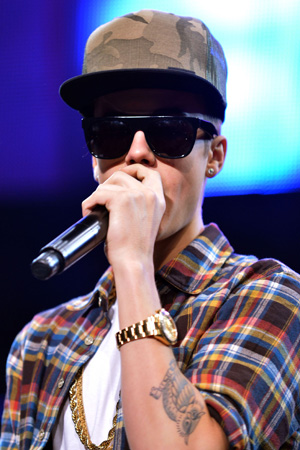 On the surface, it looks like overzealous fans pledging to self-harm in solidarity with Justin Bieber and his apparent new addiction to marijuana.

“cant believe my justin has turned to drugs…. #cuttingforbieber,” one twitter user wrote.

“I suffer alongside Justin!! #cuttingforbieber,” added another.

“if hes taking drugs it must mean hes depressed and if we love him we have to really show it #CuttingforBieber,” added yet another.

But, all is not what it seems. As Gawker points out, 4Chan users orchestrated the whole thing. You know, the same people who managed to troll fans into shaving their heads to support Bieber’s fight with cancer.

The whole thing started when Bieber was photographed allegedly smoking pot at a hotel room party late last week. He hasn’t addressed the rumors directly, but he did tweet about letting his fans down.

“everyday growing and learning. trying to be better. u get knocked down, u get up,” he tweeted after the pictures went public.

Regardless of the reason, the #cuttingforbieber tag is just gross. Thousands of kids suffer from urges to self-harm on a daily basis and “jokes” like this don’t help at all.

44 mins ago
by Danielle Sinay