Olympic swimmer Ryan Lochte lands a reality show on E! that will feature his life as a swimmer and as an aspiring fashion designer. 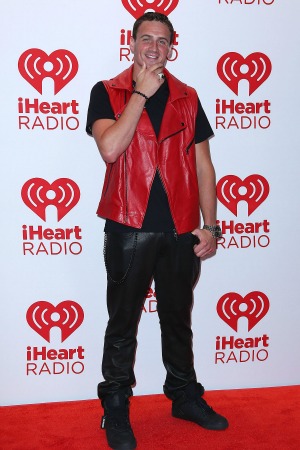 If you are looking for a new reality show to add to your DVR list, look no further than the E! channel as they bring Olympic swimmer Ryan Lochte to their roster. Lochte joins a growing list of crossover stars who are on the entertainment network, including the ever-present Kardashians, Ice-T and Coco, and Clint Eastwood’s family.

The news was announced on Monday at the Television Critics Association winter press tour. The show will premiere in April and will be titled What Would Ryan Lochte Do?

At Monday’s press conference, Suzanne Kolb, president of E! Entertainment, said, “Ryan Lochte captured everyone’s attention at the Summer Olympics with his athletic prowess and his utterly unique and unaffected approach to life. He is an incredibly endearing personality who is sexy, entertaining and fun. Watching this show, I believe people will fall into three categories: They want to be him, sleep with him or mother him.”

Lochte was a standout at last summer’s London Olympics with his chiseled swimmer’s body, good looks and 5-medal haul. The series will follow his life in Gainesville, Florida, where he trains, continues his aspirations as a fashion designer and adds to his collection of over 150 pairs of sneakers.

It all sounds so riveting to us, as we still haven’t recovered from his most memorable quote from an interview with Ryan Seacrest last August. When asked if he pees in the pool, Lochte said, “Of course, I think there’s just something about getting into chlorine water that you just automatically go. [I didn’t] during the races, but I sure did in warm-up.”

If that doesn’t grab you, maybe his favorite phrase will: “Jeah.” We are not sure what it really means, but E! sure thinks it’s worthy of six episodes this spring.