The Golden Globes will air Sunday, Jan. 13, live on NBC: Will Tina Fey and Amy Poehler make us laugh as they host the show? 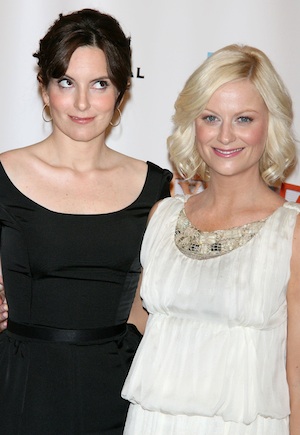 To our dismay, comedian Ricky Gervais will not host the Golden Globes for 2013 — or likely ever again. While we enjoyed watching celebrities squirm and smile politely at his often offensive jokes, we’re sure Hollywood is grateful that for the 2013 Golden Globes, hosts Tina Fey and Amy Poehler will deliver the show.

Promo: Tina Fey and Amy Poehler on the Golden Globes >>

What can we expect from Fey and Poehler? Likely a funny, silly and neutral comedic approach to the Golden Globes. We think Fey and Poehler will bring a bit of their Saturday Night Live writing skills to the 2013 Golden Globes in a way that lets everyone laugh without actually laughing at someone. It’s actually a bit disappointing, since it’s fun when the camera pans to a celebrity’s face after they were just horribly insulted, but we understand: Hollywood is sensitive.

Despite the insurance Tina Fey and Amy Poehler provide for celebrities this year at the Golden Globes, we’re still excited to watch the party and show unfold since Fey and Poehler are bound to be refreshing. Their unique comedic skills showcase original material and we have no doubt both Fey and Poehler were heavily involved in the writing process for the 2013 show.