NBC’s all new drama starts right off with a murder. Will the effort to uncover the murder bring more death ahead? 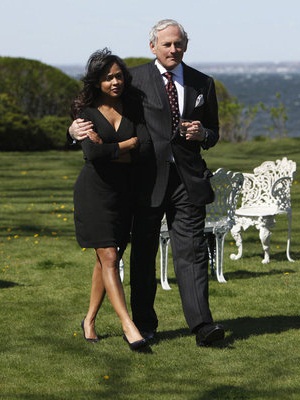 Like every other drama on television these days, Deception appears to be all about a scandal and it places the darkest drama right up front. The show starts with a murder.

Deception follows Detective Joanna Locasto (Meagan Good) as she works to uncover the secrets behind the murder of her best friend and famous socialite, Vivian Bowers. It may have looked like Vivian overdosed, but Joanna isn’t so sure. What better way to find out who might have killed her best friend than to show up at Vivian’s doorstep to mourn alongside her family?

If the plot seems a little familiar, that’s because it is. Revenge fans will recognize it’s almost the same concept as their beloved show. Replace a father with a best friend and a girl pretending to be someone else with a friend pretending she’s not an undercover investigator and you’ve got the makings of a very similar show. How many times can we watch a suicide or “accidental death” slowly (over seasons… and seasons… and seasons) unravel to reveal a murder?

To help the show along, NBC has handpicked a few slightly familiar faces. No major A-list celebrities, but some decent names among the cast. Vivian’s father is played by Tate Donovan, who previously spent time on Damages from 2007-2010 and also appeared in The O.C. Meanwhile, the shady Senator Haverstock is played by John Larroquette. Larroquette may be most notable for his work on the late ’80s comedy Night Court. More recently, he did a stint on Boston Legal, as well as guest starred in episodes of House and Chuck.

Maybe it’s cynical, but even with Larroquette and Tate, Deception still seems a little flat. It seems a little like just another one of those shows that revolves around people talking, without a whole lot of doing… and action. We don’t need explosions to be happy, but a little movement would be nice. We sincerely hope we’re wrong, though, and can’t wait to find out.