Al Roker pooped his pants at the White House? You’d better believe it. The sad, unfortunate tale of how the weatherman ended up commando in front of the President aired Monday night on Dateline for all to hear. 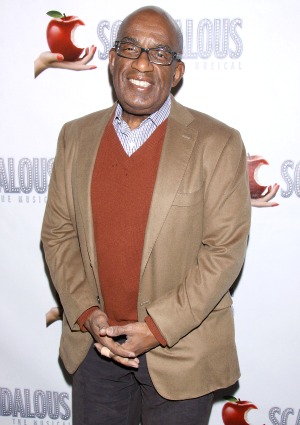 Al Roker’s pants-pooping confession stole the show when Dateline aired on Monday night. Yes, the beloved weatherman really did have an accident while visiting the White House!

For better or worse, Al Roker has decided to be completely honest about his experience with gastric bypass surgery. The 58-year-old, who underwent the procedure in 2002, went on to lose over 100 pounds, though learning to get along with his much-smaller stomach wasn’t easy.

Is “vengeful” Al Roker out to destroy Today? >>

Recalling a trip to the White House just one month after his surgery, Al Roker told Dateline, “I probably went off and ate something I wasn’t supposed to.

“And as I’m walking to the press room, [I’m thinking] ‘well, I gotta pass a little gas here. I’m walking by myself. Who’s gonna know?’ Only a little something extra came out. I pooped my pants.”

Attempting to cope with the very bad situation, Roker went on to say he went to the restroom, disposed of his underwear and “just went commando.”

Moral of the story? Al Roker says the humiliating incident “told me I’ve got to be very vigilant as to what I eat.”

It’s a lesson the once 320-pound Today Show weatherman continues to adhere to, much to the delight of wife Deborah Roberts. Turning the awkwardness on the Dateline interview up an extra notch, the pair discussed their sex life.

In his book, the weatherman-turned-author revealed that after losing the weight he “no longer had to beg my wife for sex.”

“I just wanted to feel more attracted to him,” ABC news journalist Deborah Roberts told Dateline, admitting she found herself less interested in him the heavier he got.

Is skinny Al Roker better in bed? Fumbling over the direct question, he replied only, “‘Better’ is a relative term.”

With a laugh and a squeeze of his arm, Deborah Roberts reassured, “You’re always good, honey.”