It’s been a long winter, and it isn’t over. But here like a ray of sunshine is the Golden Globes, featuring the golden boys of Hollywood. That should warm us up a bit. Here’s a preview of just a few of the hunks who will be gracing this momentous event… 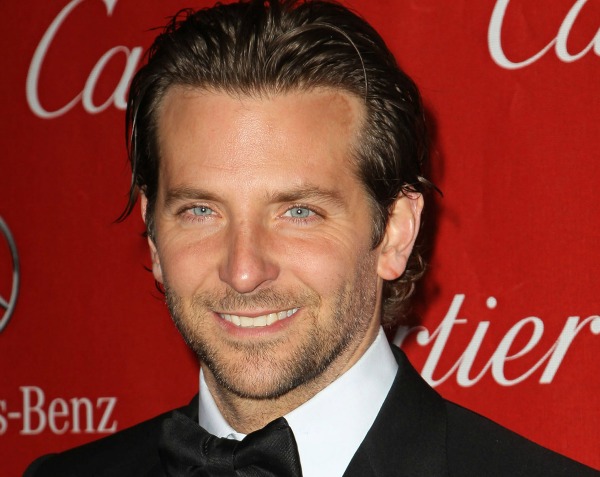 Whether Bradley Cooper is playing a loathsome womanizer in Wedding Crashers, or a man-child in The Hangover or a guy just a bit left of center in Silver Linings Playbook, we heart him. He can zero in on the audience with a piercing gaze that makes you say, “Oh wait. This guy’s got skills. And he’s hot.” Cooper celebrated his 38th birthday recently by dumping his on-again off-again lady friend Zoe Saldana. That’s probably just as well. Bradster has more important things to focus on, like raking in tons of awards (he’s nominated for a Golden Globe for Best Performance by an Actor in a Motion Picture — Comedy or Musical). Time for us to all settle in and enjoy an awards season of Cooper in a tux. There is a God, and he loves us.

Did Hugh compromise his hunk status in Les Miserables by playing a downtrodden slave with a tear- and snot-stained face and purple bags under his eyes? Only briefly. It was a very fleeting moment. We humbly ask the members of the jury: Is there another man anywhere who can sing all his lines without making us want to claw his eyes out by the end of a movie? Not really. Russell Crowe did an okay job singing and maintaining hunk status, but by the end of the movie, I may have caught myself thinking, “Oh dear Lord. Not another song. Please no. Please just jump already.” But Hugh? Les Miserables proves once and for all: the man really can do no wrong.

If Leo floated your boat as Jack Dawson in Titanic, your January just got a little bit better. Sort of. Yes, Leo is nominated for a Golden Globe but he earned that nomination playing the evil plantation and slave owner Calvin Candie in Django Unchained. If it makes you feel any better, DiCaprio was also repulsed by the character, telling ABC Nightline, “This was one of the most narcissistic, self-indulgent, racist, most despicable characters I’ve ever read in my entire life.” If you just can’t put “hunk” and “evil slave owner” together, wait to watch Leo in The Great Gatsby, set for release in May 2013.

This is shaping up to be a happy New Year indeed. Legendary musician and stud Keith Urban is not only nominated for a Golden Globe for Best Original Song — Motion Picture (For You, in which Keith declares he’d take a bullet for us — hey we can dream, can’t we?), but we’ll also get to soak up his loveliness several times a week on American Idol. But enough prattle. Enjoy this music video showcasing Keith’s fineness:

49 mins ago
by Caroline Greelish