In this visually compelling and frightening film, two little girls get taken in by a ghost-mother, whose on-screen presence is extraordinarily creepy. Goth-guitarist Jessica Chastain gets more than she bargained for when she agrees to care for these two disturbed little pixies and their menacing moth playmates. 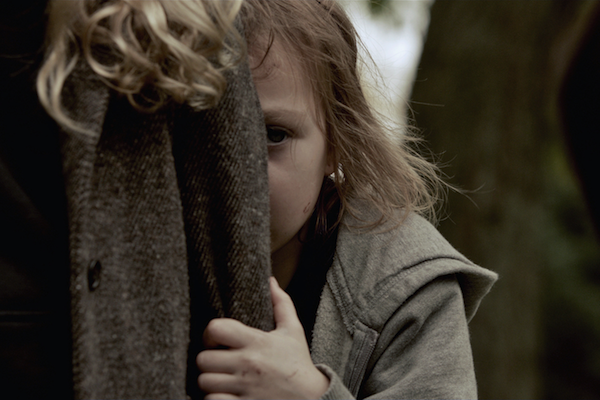 After a financial crisis, a man murders his estranged wife and kidnaps his two small daughters, ages 5 and 1. Arriving in a decrepit cabin in the wilderness, the man prepares to shoot his eldest daughter but is stopped by a supernatural presence that inhabits the cabin. With their deranged daddy out of the way, this presence becomes the girls’ “Mama.”

The two sisters, Victoria (Megan Carpenter) and Lilly (Isabelle Nelisse), manage to survive the next five years, subsisting mostly on cherries and guided by necromantic nurturing, but begin to morph into creatures closer to feral rodents than little girls.

Luckily for them, their dead father’s brother, a hot and hunky artist named Lucas (Game of Thrones’ Nikolaj Coster-Waldau) locates his nieces and convinces social services, as well as his live-in girlfriend Annabel (Jessica Chastain), to take in these ragamuffins. 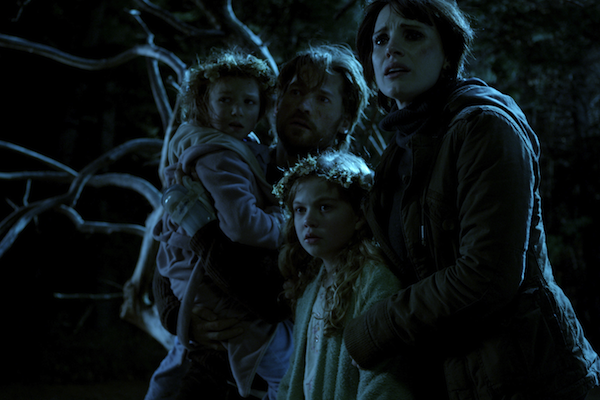 Lacking any maternal instinct, Annabel much prefers band practice with her fellow tatted, grunge-girl rockers. Playing her screeching electric guitar is the only lullaby Annabel knows.

Once Lucas, Annabel, and the girls move into a large house provided by the child psychologist’s research facility, it’s quickly revealed they have an uninvited guest. Mama, the girls’ ghost-mother, is also living in the house and, after savagely throwing Lucas down a flight of stairs, sets her demonic sights on flesh-and-blood Annabel. 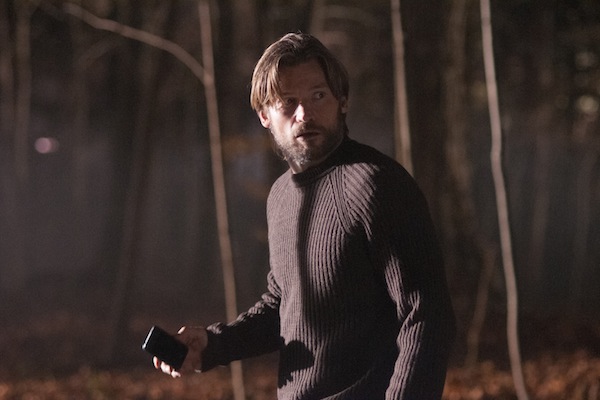 Presented by Guillermo del Toro, this story relies not on the gruesome visuals of blood and gore, but on stylized 19th-century flashbacks and a hyper-naturalistic specter-mum, whose skin seems made of tree bark and face formed from a jagged rock. Mama is fiercely protective of the girls and has her own macabre backstory.

To play Annabel, Chastain reinvents herself in a punky black wig, tattoos, and thick, raccoon-style eye makeup. The irony being someone who loves the goth style, getting a real-life taste of gothic horror.

Mama is 1 hour, 40 minutes and there are no extra scenes after the credits.