Will All My Children and One Life to Live ever see the light of day? According to Prospect Park, yes! The company has announced that production on the new online soaps begins next month. 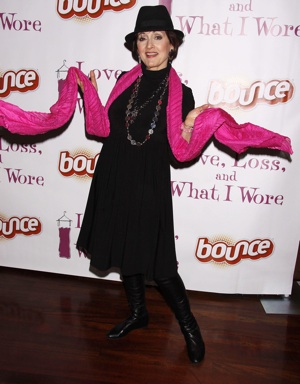 After a year of will they or won’t they, Prospect Park has finally come through. Soap fans were sent on an emotional rollercoaster after their initial plans to revive All My Children and One Life to Live hit the skids. But now, both shows have been confirmed for an online reboot.

Failed ABC soaps getting a second chance at life? >>

According to TVLine, Prospect Park has confirmed their plans to relaunch AMC and OLTL this year. Both productions will be based in Stamford, Connecticut instead of their long-time New York home. Monday, they sent out a press release answering most of our burning questions.

First off, they’ve made deals with the necessary unions to get the cast and crew onboard. It was a major hang-up that caused their last attempt to fail. Prospect Park has “signed guild agreements with both SAG-AFTRA (Screen Actors Guild and the American Federation of Television and Radio Artists) and the DGA (Directors Guild of America).”

They’ve also brought AMC and OLTL creator Agnes Nixon on as a consultant. She’s guaranteed an active role in the shows’ relaunch. Prospect has nailed down a new creative team which includes “Foz McDermott (coordinating producer Heroes) as TOLN’s head of production, Jennifer Pepperman (Director, One Life to Live) as Executive Producer on One Life to Live, and Ginger Smith (Producer, All My Children) as Executive Producer on All My Children.”

Thus far, only three actors have officially announced their return to the soaps. AMC’s Lindsay Hartley, Vincent Irizarry and Debbi Morgan have all signed on.

If everything goes according to plan, production on AMC and OLTL should start in February.

Are you excited for the soaps’ return?