Trouble in paradise? A solemn Eva Mendes sparks rumors of a split from Ryan Gosling. 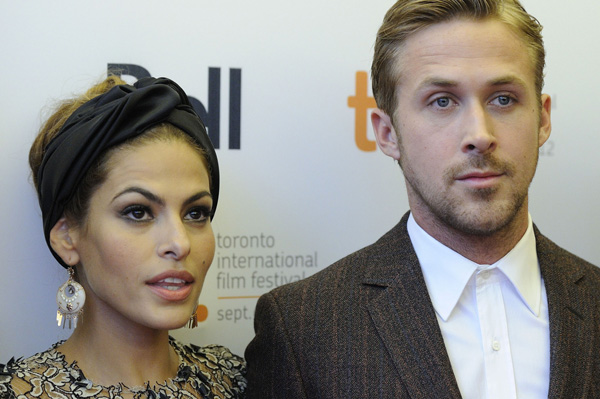 Hey girl, good news for your Monday: Ryan Gosling might be single again! Well, that is, if you believe that his weeks-long separation from steady Eva Mendes means they’ve broken up.

According to the U.K. Daily Mail, Mendes and her Place Beyond the Pines co-star haven’t seen each other since late December. That, mixed with some recent shots of her looking sad in Los Angeles, makes us assume something’s up in paradise.

Of course, she could just be upset that photographers are following her.

The pair — dating for just over a year — hasn’t talked about their relationship at length, but they’ve been spotted arm-in-arm all over the world. In December, InTouch Weekly even claimed they were preparing for a baby.

“Ryan held the baby and patted him while talking with pals,” a spy told the magazine about his (surely) adorable interaction with a newborn at a Brooklyn eatery.

“He was a natural! He and Eva took turns holding the little one,” the source added. “It was so sweet to watch!”

Gosling has talked at length about being a dad.

“I’d like to be making babies but I’m not, so I’m making movies. When someone comes along I don’t think I’ll be able to do both and I’m fine with that,” he said in 2011. “I’ll make movies until I make babies. I have no idea when the handover will happen.”

But, that still doesn’t answer whether or not he’s with Mendes. We’ll be watching closely, though.

Do you think Ryan Gosling and Eva Mendes are over?