Brokeback Mountain was supposed to smash Hollywood homophobia and herald a coming wave of big-screen pro-LGBT romances. But Oscar-winner Steven Soderbergh had a tough row to hoe when he pitched the Liberace story Behind the Candelabra. 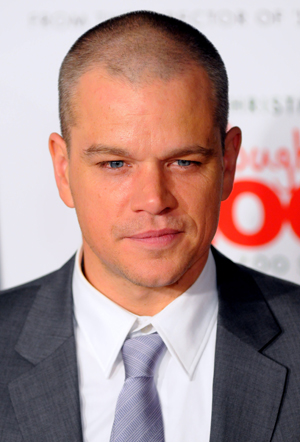 HBO was the only studio not scared off by Steven Soderbergh’s pitch for the Liberace biopic Behind the Candelabra, the Oscar-winning director told the New York Post. Soderbergh said every other studio worried that the project was “too gay.”

“Nobody would make it,” Soderbergh told the Post. “We went to everybody in town. They all said it was too gay.”

Soderbergh, who appeared with Behind the Candelabra stars Michael Douglas (who portrays Liberace in the picture) and Matt Damon (Liberace’s much-younger lover, Scott Thorson) at the Television Critics Association Winter Press Tour in Los Angeles, said that the studios were “scared” because they “didn’t know how to sell it.”

“And this is after ‘Brokeback Mountain,’ by the way, which is not as funny as this movie,” a tongue-in-cheek Soderbergh said. “I was stunned. It made no sense to any of us.”

Behind the Candelabra was eventually made by HBO and is set to air this spring. An official air date has not yet been released.

Rugged movie star Michael Douglas stars as Liberace, who told critics that Soderbergh started selling him on the role while the two were shooting the 2000 film Traffic.

“Somewhere early in the shoot,” Douglas said, “Steven said ‘You know, have you ever thought about Liberace?’ And I looked at him and I thought ‘Is this guy messing with me?’ You know?”

For Damon’s part, he said he loved the wardrobe for the movie, which he said helped him get into character. “I probably spent more time in the wardrobe fittings on this thing than I had in the previous 15 projects, literally.”

But it won’t all be camp: Soderbergh said the film takes the relationship between Liberace and Thorson seriously: “I was very anxious that we not make a caricature of either of their characters or of the relationship.”

Nonetheless, no denying that Liberace himself camped it up with Thorson, paying for him to have plastic surgery to look more like the young Liberace, and incorporating Thorson into his Vegas shows, with Thorson driving Liberace’s mirrored Rolls Royce onto the stage in glittering chauffeur caps and sequined uniforms.

Wow, sure is going to be fun watching Damon and Douglas act that out on-screen.