Justin Bieber’s weekend marks a new high for narcissism and a new low for everything else. 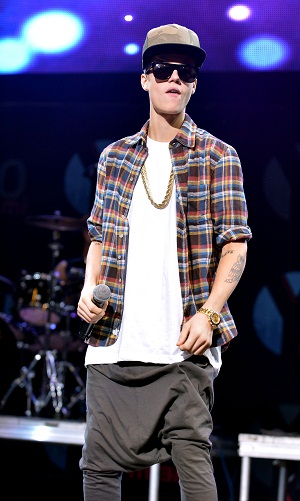 Why is Justin Bieber so bad for your family? Well, aside from the fact that the more your children love him… the more you’re stuck listening to him. Bieber is also just a really bad example of a teenager.

I could focus on the less-than-stand-up citizens he calls “friends” or his incessant concert crotch grabbing (his real crotch, not his pants’ crotch, which is usually down to his knees). Instead, however, I’ll just focus on two major developments from the weekend.

First, Bieber smokes. Now, TMZ and a lot of other people are going crazy and claiming he smokes weed. While it’s not out of the question, I don’t like reporting on something I can’t confirm beyond someone else’s “unnamed sources.”

What we do know is that there are pictures that are undeniably of Bieber with some sort of cigarette/blunt between his fingers.

Even if it’s a cigarette, I think we can agree that it’s something we’d prefer not be portrayed as “cool” to our children. Legally, Bieber is old enough to smoke… but that doesn’t mean he should.

Second, he’s a little full of himself. Apparently, the Biebs is so desperate to party, he’ll do so with complete strangers. Just one catch: Once you party together, he owns you. Or at least any pictures you take while in his presence. According to partiers, Biebs’ bodyguards have taken to posting signs near the pop star that let friends/partygoers know that if they show up and take a picture, he owns that picture. They do that in an effort to keep kids from posting pictures of Biebs and to protect his privacy (while he smokes… something). 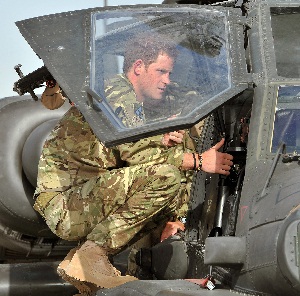 It’s understandable. Especially when you consider the latest scandal involving Prince Harry, Las Vegas, his hotel room, and a lack of clothes. Except Bieber is not the prince. Even Harry‘s lackeys aren’t going to such lengths.

Instead, they’re letting the boy-man make mistakes to learn how one acts in public/your hotel room with strangers. Word to the wise: Don’t get naked… or light up.

So, there you have it. Don’t let your kids grow up to be Bieber fans. He’s a bad example — not just because of the things he does, but because of his inability to keep himself from doing those frowned-upon things while in the public eye. It’s called self-restraint and he has none. Also, he’ll try to steal the rights to their pictures.

Images courtesy of WENN.com and Jlnphotography/WENN.com