As always, Downton Abbey is in a state of hubbub. There are weddings to attend, lovers to reunite, and business affairs to take care of… all in just two hours! 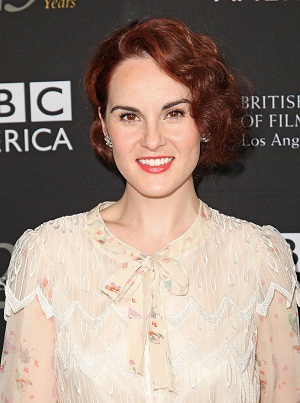 The third season of Downton Abbey starts off with Mary and Matthew’s wedding rehearsal and Mary (Michelle Dockery) sulking because Sybil won’t be attending her wedding.

As you may or may not remember, last season Mary’s baby sister ran off with the chauffeur, Tom, and now resides in Ireland. The Earl of Grantham — Mary, Sybil and Edith’s father — still hasn’t quite forgiven her. Luckily, Grandma/Dowager Countess Grantham (Maggie Smith) takes pity on her and sends the money for Sybil and her new husband to come for the wedding.

Sadly, Sybil (Jessica Brown Findlay) and Tom stick out like sore thumbs. He isn’t of the insanely rich variety, like the Crawleys. After all, he started as a chauffeur. When he comes to dinner without changing into tails (because he doesn’t own any), the chastising begins. They’re especially patronizing to Tom, which really hurts Sybil’s feelings.

That changes quite a bit though when Larry Grey (Charlie Anson) slips something into Tom’s drink and makes him appear drunk. After spending half of dinner raging against the throne, it finally comes out that Tom’s been drugged. When Grey acts superior to Tom and degrades him, much of the table (including Larry’s father), stands up to the bully. To help Tom feel better, Matthew (Dan Stevens) asks Tom to be his best man.

Kind of funny: The old women who force Tom into a morning coat. He looks so awkward and the women act like they’ve not done anything wrong or intrusive.

Throughout the show, we must also deal with the effects of Lord Grantham’s quick trip to London. He goes there to meet with the family’s lawyer and receives some dire news: He invested nearly all of his wife Cora/Lady Grantham’s money into a railroad company that is about to go bankrupt. Eek. 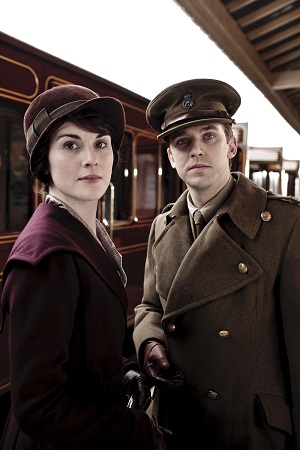 On the upside: At least Mary might be taken care of. Matthew’s first fiancée, Lavinia, had a very rich father. Once Lavinia passed away, he left all his money to three people… one of whom is Matthew. He and Mary ought to come into quite a bit of money. Matthew, however, is hesitant to take it.

That money was left to him under the pretense that he was in love with Lavinia. They have some long, drawn-out fights about that money, but in the end it appears that maybe, just maybe, Matthew might come to the Crawley’s rescue. We’ll find out!

Meanwhile, earlier in the show, Edith (Laura Carmichael) and Sir Anthony meet up in town and have a quick, awkward conversation. He turned down Edith awhile back, claiming he’s too old for her. Edith was quite taken with him and she took the news rather solemnly.

Later, she puts him in his place and tells him how his pushing her away hurts her. When he swears he doesn’t mean to, she demands he come to dinner and be with her family. Edith is amazing!

One thing: After dinner, the Earl asks Anthony to keep away. Poor E. Luckily, she’s just as good at bending her father’s will as she is Anthony’s. Soon, Anthony is back at Downton and he and Edith are planning to wed.

With everything almost entirely squared away, we leave Downton for another week. Will Downton Abbey be saved from certain financial doom? And, will Edith finally really get to marry the man of her dreams? Only PBS (and all of Britain — they’re ahead of us) knows for sure!

Downton Abbey: Season 4 is a go, but will Matthew be back?
PBS is especially excited about the Emmys this year
Downton Abbey: Finale a huge rating success for PBS