Did the Oscar.com website accidentally reveal a nominee one week ahead of time? 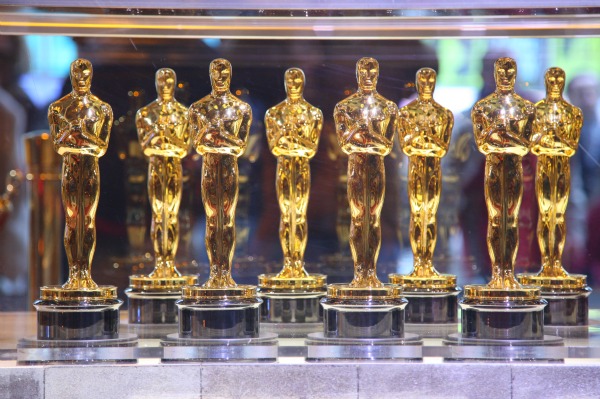 Did ABC‘s Oscar.com site accidentally reveal one of the nominees? On Friday, an astute reporter over at Vanity Fair noticed something odd at the site: A test page was made public that showed costume designer for Django Unchained, Sharen Davis, is a nominee.

The page shared, “This is the third Academy Award nomination for Sharen Davis. She was previously nominated for Dreamgirls (2006) and Ray (2004).”

Nominations are not scheduled to be unveiled until Jan. 10, but the magazine contacted Davis to inform her of the possibility. Davis handled the whole situation with a lot of humor.

She told VF, “Oh my gosh! I haven’t even lost weight! I never thought about an Oscar in my life. When they called me for Ray, I thought it was a prank call. I said, ‘Am I going to open the door and see one of those fake, standing Oscars?'”

The page has been changed to a generic Oscar Nominations announcement for now. But take a look at the URL. It still offers a clue as to what information was leaked earlier. It says, “nominees/costume-design/django-unchained”.

The nominations are a closely-guarded secret each and every year. If this nomination turns out to be correct it would be a major mistake and it will be interesting to see who will take the blame. The Oscar.com website is run by the ABC network, the Oscars.org website is run by The Academy of Motion Picture Arts and Sciences and the votes are tabulated by PricewaterhouseCoopers.

One important fact to note, though, is the nominations deadline. The original date was Jan. 3, 5 p.m. PT, but the date was extended this week to Jan. 4, 5 p.m. PT because Academy members were having difficulties with the newly-installed online voting system. Paper ballots are still in effect, but The Academy is trying to evolve with technology.

So, if the nomination for Lawrence is correct, that means she had enough votes before the nominations period even concluded. Or, was the test page just a practice run for the IT department over at Oscar.com to get ready for the big day?

Well, SheKnows got the answer from Academy spokesperson, Teni Melidonian, who told us exclusively, “ABC/Oscar.com builds such pages for all possible candidates based on eligible and shortlists in preparation for nominations morning. That specific test page mistakenly went live. It would have been impossible to determine a nominee as voting was still open in all categories at the time.”

So the mystery is solved, but you can bet the Django costume designer is hoping for an official nomination Jan. 10.