The new Bachelor, Sean Lowe, is about to let the rose ceremonies begin. 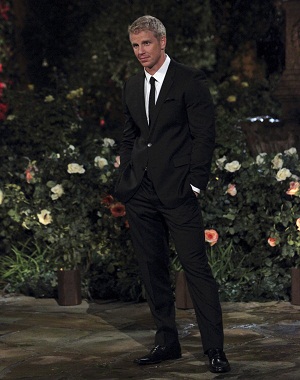 The adorable blond Texan and former Bachelorette contestant, Sean Lowe, has had his heart broken on television once already. This time, with the roses in his hand, he’s hoping to find a real, lasting love with one of the 26 beautiful girls ABC has picked out just for him. That’s right. It’s time for another round of The Bachelor.

In case you don’t remember his story (or just want a refresher course): Sean made it to the final three on Emily‘s season of The Bachelorette. He was pretty hopelessly in love with her and thought she felt the same way. Ready to be her husband and a father to her child, he stood before her with two other guys and had his heart ripped out of his chest when he thought for sure he’d walk away a winner, instead.

Luckily, he hasn’t let his experience with Emily scar him permanently. Now he has a second chance and is in charge of who stays and who goes. He’s going to work hard to make sure he finds a girl who’s willing to spend forever with him.

The best part: To help win their hearts, he’ll have to peel off his shirt at least a few times, right? Check out this promo…

To help you decide which of the hopeful bachelorettes you should root for, check out ABC.com’s awesome cheat sheet to the 26 wannabe brides.

With so many lovely ladies to choose from, Sean’s odds look a lot better than last time. Will love bloom on this season of The Bachelor and will that love last? There’s only one way to find out…

The seventeenth season of The Bathelor premieres Monday, Jan. 7 at 8/7c.