An all new season of The Biggest Loser starts on Sunday. It promises to be great! 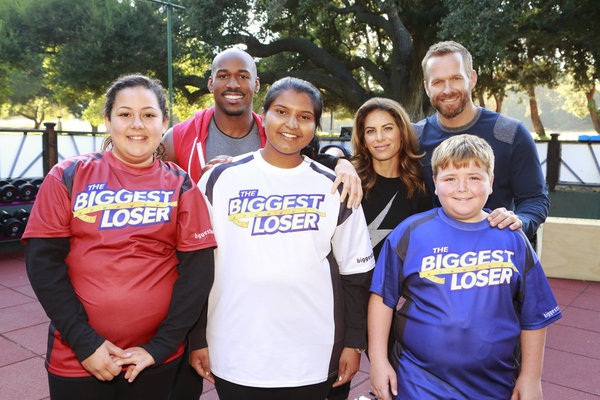 There’s so much awesome stuff planned for this season of The Biggest Loser. We can’t tackle everything, but we’ll tell you two of the most important things.

First, Jillian Michaels is back! She’s such a beast. (We mean that in the nicest way possible. Honestly.) She pushes her contestants so hard, but you can always see the love in her heart and her desire to see them achieve their goals. We’re sure the contestants were stoked to see her return, but we also know the viewers are excited, too.

Check out this awesome clip of Jillian in all her glory…

(Did you see her hanging on the back of that one contestant? That’s an intense workout!)

Another incredibly cool thing The Biggest Loser is doing this season is tackling childhood obesity, a major problem in America right now. According to the CDC (Centers for Desease Control), roughly one-third of children and adolescents were overweight or obese in 2008. The numbers continue to rise, so it’s safe to assume that four years later, that fraction is probably even more significant.

So, what’s The Biggest Loser doing about childhood obesity? It’s trying to raise awareness by having three of its youngest contestants ever. It will be interesting to see how rough Jillian and the boys get with these kids. We’re also hoping they aren’t affected by any of the lame games the adults have been playing during recent seasons.

Watch this introduction to the kids. You’re going to have a hard time not falling in love with them.

It looks like this season will be a good one. Enjoy the show!

More on The Biggest Loser