Modern Family star Ariel Winter is doing something new in 2013: She’s headed to school for the first time after years of private tutoring.

Related story Jessica Simpson Posed With All Her Mini-Me Kids For a Sweet Photoshoot & Boy, Those Genetics are Strong 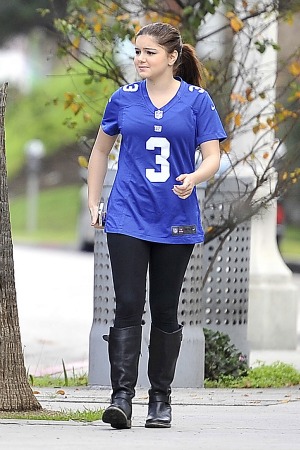 It looks like Modern Family star Ariel Winter is starting 2013 off on the right foot. TMZ is reporting that the 14-year-old is heading to school for the first time.

This may sound like no big deal to most teens, but Winter has been privately tutored her entire life. Recently, Winter was officially placed in the care of her sister, Shanelle Workman-Gray, and the decision was made to place her in a private Los Angeles-area high school.

Sources told the gossip site that the ABC star faces stricter rules in her sister’s home, but she is flourishing under her sibling’s guardianship. This is a big change from the tumultuous time she spent under the care of her mother, Chrisoula Workman. Last fall where there was evidence of emotional abuse in the parental home.

The other good news is that this change in living conditions has improved the actress’ mood on set. Modern Family producers say they have seen a positive change in Winter and are happy to work with her class schedule.

The custody settlement was reached in mid-December with Workman-Gray maintaining custody of her younger sister. Winter’s dad, Glenn Workman, was given authority over the young star’s finances. Ariel’s parents are currently separated and do not live in the same household.

The entire family is undergoing counseling to help everyone heal from a very emotionally charged case. Ariel’s mother also lost control of her daughter’s career and cannot contact her daughter outside of counseling.

After such a dramatic fall for the teen, it’s nice to see that Winter has landed safe and sound in the new year.

38 mins ago
by Alyssa K. Davis