Will Kelly Clarkson gay rumors soon become a thing of the past? Before she exchanges vows with Brandon Blackstock, the singer took a moment to reflect on those long-standing reports she’s secretly a lesbian. 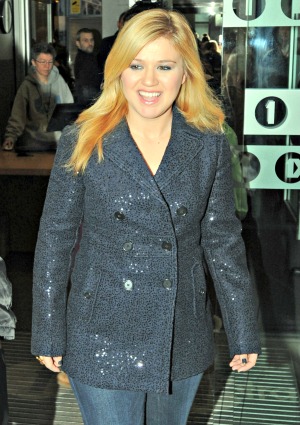 Kelly Clarkson gay rumors have popped up in the press yet again. Despite the singer shouting news of her engagement (to a man) from the rooftops, some apparently still find it hard to believe the singer isn’t interested in some lady loving.

Speaking to Cosmopolitan magazine, Kelly Clarkson recently explained of the gay rumors’ persistence, “People think, ‘Oh, she’s been single for too long. That’s kind of an insult to the gay community. Being single doesn’t mean you’re gay. But I’m never insulted by it, obviously.”

“Six years I was single before this,” the 30-year-old added, referencing her engagement to Brandon Blackstock. “I’ve never been truly loved like I am right now.”

That doesn’t mean many people, of both sexes, didn’t try to win over the affections of the American Idol winner, however.

“I get hit on by [guys and girls],” Clarkson explained. “But usually the guys who hit on me are tools. It’s the ones that don’t hit on you that make you like, ‘Why didn’t you ask me out?’ It’s like American Idol auditions: The guys who are the most confident are the horrible ones, and the ones who are good have no confidence at all.”

Farewell to creativity: Kelly Clarkson is too happy for tears >>

“I get hit on by the hottest girls ever,” the bride-to-be added. “Oh, my God, if I were a lesbian, I would be so in luck. But it’s just not my thing. I’ve always batted for the boys’ team.”

Do you think the Kelly Clarkson gay rumors will finally be put to rest now?