Love him or hate him, Tarantino has made an indelible mark on the movie industry with his stylistic and ultra-violent films. But in his Django Unchained interviews, has he also shown himself to be a jerk? Here are a few Tarantino quips—you decide… 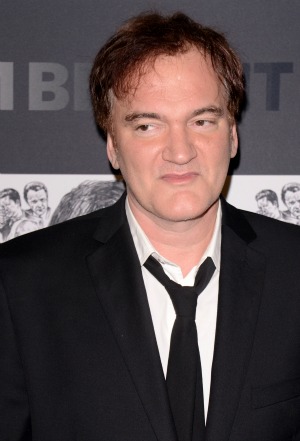 While the word “brilliant” gets thrown around more than $100 bills in Hollywood, Tarantino may very well be brilliant in a “mad scientist” kind of way. But if you’ve been following him on his trail of Django Unchained interviews, you might be wondering if he’s also a bit of an a-hole.

Tarantino got kind of testy with NPR’s Terry Gross when she asked him whether movie violence became “less fun” after the massacre in Newtown, Connecticut. Then when Gross asked Tarantino if he was becoming annoyed with the line of questioning, Tarantino responded, “Yeah, I am. I’m really annoyed. I think it’s disrespectful to their memory, actually… to talk about movies. I think it’s totally disrespectful to their memory. Obviously, the issue is gun control and mental health.”

I get that Tarantino thinks it trivializes the lives lost in Newtown to discuss their passing and movies in the same breath. Still, why is it okay to point a finger at America’s gun culture while taking no responsibility for America’s culture of violence, which plays out every day in movies and video games? The gun control debate aside, where would the movie industry be in a gunless society? You’d have to say bye-bye to action films, right? The only way it would work is if the bad guys had guns, but wouldn’t that send the message that gun control laws don’t work? Quite a conundrum.

5 Things you should know before seeing Django Unchained >>

The Village Voice reported that Tarantino “doesn’t allow” cell phones on the set. I assume I speak for most parents when I say that if I’m at work, I understand that it’s inappropriate and unprofessional to be on my phone. However, I do want it with me so if one of my kids splits his head open or chokes on her spaghetti until she turns blue, I am made aware of it (when I check my phone on my break). And yes, two decades ago I would have gone to work without a cell phone, but that is not the world we are living in now. If someone mandates that communication be severed between me and my kids during the day, I’m probably going to tell that person where they can go, even if they are one of the most powerful people in Hollywood.

In the same interview with The Village Voice, the interviewer asked why no one was able to preview Django Unchained, and Tarantino answered, “I don’t want anyone to see it now, until the mix is finished. People can see it when I’m f***ing done.” Okay then. Woe to anyone who rushes a delicate genius.

In response to film director Spike Lee saying that he would not see Django Unchained because he felt it would “be disrespectful to his ancestors,” Tarantino said he wouldn’t “waste his time responding.” Many in the industry criticized Lee for berating Tarantino’s film publicly, viewing it as a professional discourtesy. We’re guessing these two industry giants aren’t going to be collaborating on projects anytime soon.

Is Tarantino an artistic, tempermental genius or just an arrogant jerk? And do you care?