If you’re replacing Robert Redford with Leonardo DiCaprio, you’ve got to do something to spice things up, right? 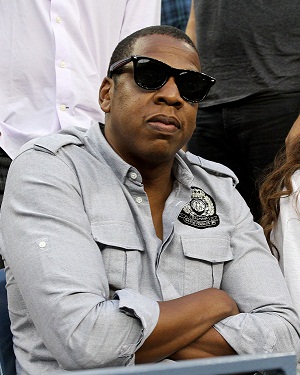 Baz Luhrmann, the director for The Great Gatsby, had something big up his sleeves. There were so many rumors, but he just sat around quietly, waiting for it to all die down. The gossip was true, though, and it’s finally official.

Jay-Z will score the soundtrack for Luhrmann’s The Great Gatsby remake.

Jay’s producer/songwriter, Bullitts (real name: Jeymes Samuel), broke the news via his Twitter account, tweeting, “Jay-Z and myself have been working tirelessly on the score for the upcoming#CLASSIC The Great Gatsby! It is too DOPE for words!”

All you Redford fans or Gatsby purists out there might be gasping in horror, but this could actually be pretty awesome. It looks like everything else about the movie was done right, from the costumes to the set. Why not have a little bit of fun with the soundtrack? Remember how awesome it was to see knights and princesses dancing to modern hits in A Knight’s Tale? We need this. (Some of us can’t watch that movie anymore without getting a little sullen over the loss of Heath Ledger.)

Plus, check out this preview:

Does that modern music ruin the this amazing trailer? No, it doesn’t.

Luhrmann’s remake of The Great Gatsby won’t feature just Jay-Z’s genius but also the great performances of some of today’s best actors. Carey Mulligan (An Education) plays Daisy Miller, and Tobey Maguire (Spider-man) plays the book’s narrator, Nick Carraway. And, of course, the always dashing and dazzling Jay Gatsby is played by the… also always dashing and dazzling Leonardo DiCaprio.

What’s not to love?