R&B star Frank Ocean was pulled over twice for speeding on the final days of 2012. During the second traffic stop, which took place on New Year’s Eve, the singer was cited for marijuana possession and lost his driver’s license. 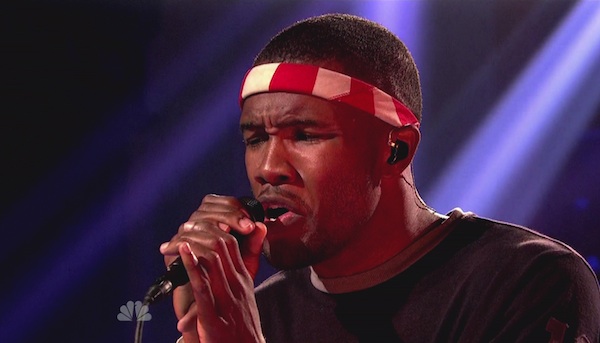 Grammy-nominated R&B singer Frank Ocean was pulled over twice at the very end of December 2012 — once on Dec. 30 and again on Dec. 31, New Year’s Eve. Both stops took place on an Eastern Sierra Nevada highway in California, hours north of Ocean’s residence in Beverly Hills.

TMZ reports Ocean’s black BMW was cited for aggressive driving: He was clocked going 90 mph in a 65 mph zone. In addition, the Mono County, California, police officer smelled weed coming from Ocean’s car. The officer then searched Ocean and found a small bag of marijuana on the singer.

Justin Bieber’s lead foot: Speeding gets him pulled over >>

Just a day earlier, Ocean, 25, was pulled over for the same violation — speeding roughly 30 mph over the posted limit. The Associated Press spoke with Mono County Sheriff Spokeswoman Jennifer Hansen, who said Ocean was cited for speeding during the initial stop on Dec. 30.

Willow Palin speeding to fame… with a ticket >>

However, when Frank Ocean was pulled over again on New Year’s Eve for speeding, California Highway Patrol said Ocean’s driver’s license was confiscated on the spot. His license was already suspended from a previous violation —  we’re guessing speeding — and Ocean’s passenger was then permitted to drive off with Ocean.

Ocean came out as gay in July 2012 and expressed relief at owning his sexuality later that year in November. In the December 2012 issue of GQ magazine, Ocean said, “It was like all the frequency just clicked to a change in my head. All the receptors were now receiving a different signal, and I was happy.”

He continued, “I hadn’t been happy in so long. I’ve been sad again since, but it’s a different take on sad. There’s just some magic in truth and honesty and openness.”

There has been no statement yet from Ocean regarding the traffic incidents, speeding, or weed possession.