Dangit, Parenthood! Why are you so cruel? Why can’t anything ever go properly? 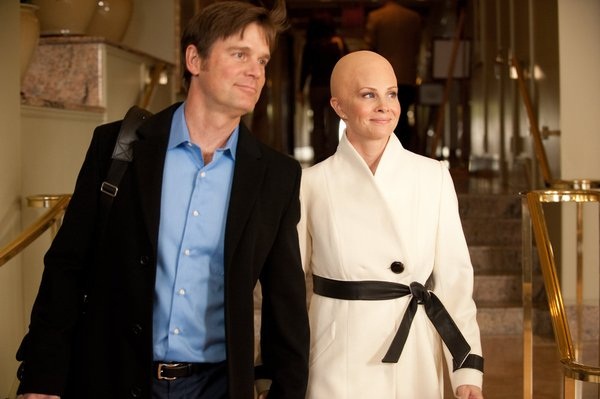 This episode of Parenthood had all the right elements of what could have been a good, uplifting story. Except for one Braverman family. I may never forgive the writers for this episode.

There were so many great things about it! 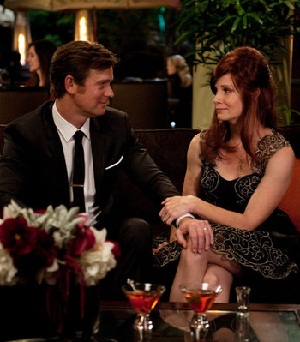 Holy cow! I don’t think they could have gotten any cuter. Kristina’s reaction to the wig was a little harsh, in my opinion (though it was truly hideous). However, perhaps unless you’ve gone through chemo and lost your hair, it’s best not to judge her mood. And the way she made it up to him was so, so sweet. Even if she tuckered out at the end and never went in search of “the Johnson file,” it was still a romantic night that they both really deserved.

Additionally: Amber (Mae Whitman) is an amazing girl. She may not have made all the right decisions with her own life, but she continually tries so hard to be a good niece, cousin and sister. She’s so supportive and helpful to everyone.

Finally! While it’s so hard to tell how Hank (Ray Romano) feels sometimes because of his awkwardness and surly attitude, he’s still so lovable and loving. He may not have originally approached the situation properly — kissing Sarah (Lauren Graham) in the darkroom when she was already with Mark — but he’s trying really hard to make it work now that he’s got his girl. These two are perfect for each other. Seriously.

Additionally: Sarah’s annoyance over Mark’s New Year’s kiss with another woman was completely realistic. There are plenty of guys who we know aren’t right for us — whom we don’t want to be with. But that still makes it hard to see them with someone else. 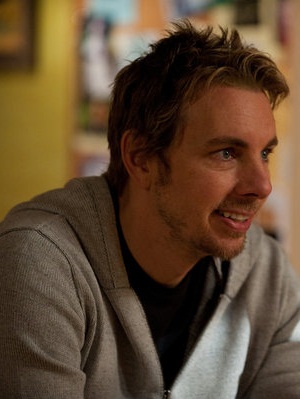 Those “butter-me-up” pancakes didn’t work half as well as his brother’s guilt trip. While I’m sure their new roommate situation with Jasmine’s mom living with them will no doubt backfire into chaos and annoyance, it was great to see them try. Crosby (Dax Shepard) was a complete screwup for so long, and watching him step up to be a great husband and dad is truly admirable.

Here’s where things went downhill. I don’t think it’s possible for us viewers to root for a parent/child relationship more than everyone roots for Julia and Victor. When Victor wanted to show his A (which Julia encouraged him to earn) to his “real mom,” it was borderline devastating. Later, when he “accidentally” chucked the bat over his sister’s head, it was both understandable and shocking. Julia’s initial reaction — to freak out and then get protective over her one “real child” — was also completely normal. The scene at the end, though, was both heartbreaking and hopeful. Victor is hurt and Julia is stressed, but I think they’ll make it through.

Overall, it was a quality episode, even if the Julia/Victor situation was a bummer — and even if I’m still ticked about the absence of Ryan and Amber.

What did you think of the episode? Did everything go the way you thought it would/should?