Julianne Hough has opened up further about her struggle to overcome abuse from her childhood. The actress explains just how being a victim for many years made her feel, and how well she can unfortunately relate to her Safe Haven character. 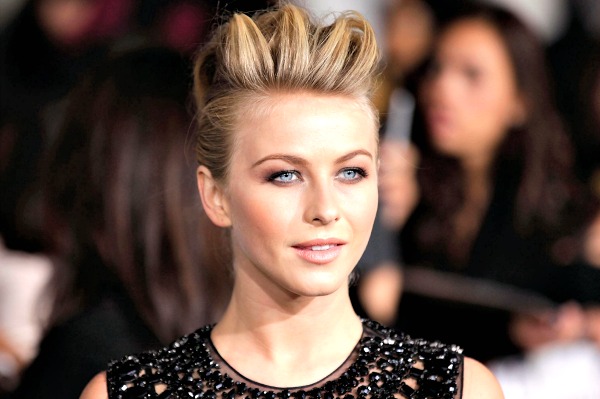 Since first opening up to Cosmopolitan magazine about being a survivor of abuse, Julianne Hough has continued to share her story. Speaking to ET Online, the actress elaborated on just how horrible that period of her life was, and how well she’s able to relate to her Safe Haven character, Katie.

“I’ve been through certain things that have sucked the life out of me . . . just the light about me was gone,” Julianne Hough explained of being abused as a child. “I was just a dark person. So I had to leave that situation and kind of come into my own again and I did.”

Of keeping her past a secret until now, she said, “A lot of people got to know me through Dancing with the Stars and don’t really know about my past before that, which I don’t talk about much.”

Years after finding the power to leave her abuser, the dancer was cast in the film adaptation of Nicholas Sparks‘ bestselling book, Safe Haven. Her character, Katie, falls in love with a widower after escaping an abusive ex-boyfriend.

“Being Katie, I relate a lot to her,” Hough, now 24 years old and in a long-term relationship with Ryan Seacrest, went on to explain.

“The fact that she had been in one situation that just sucked the life out of her, and it was a bad situation. She needed to change and move on and kind of find her own again. And through that you find love and everything.”