Veteran TV actor Kelsey Grammer is on the lookout for another show. This time, he’s going back to his comedic roots – and he’s not alone. Martin Lawrence may come along for the ride. 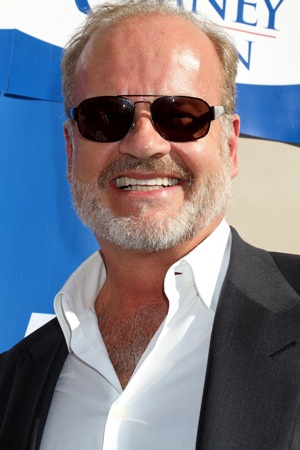 Kelsey Grammer has something to smile about. The actor’s returning to television… again. Last year his Starz drama, Boss, was unceremoniously canceled after two seasons. But you can’t keep a good actor down. He’s already moved on to his next big thing.

According to Deadline, Grammer may join forces with Martin Lawrence for a new buddy comedy. Over the Thanksgiving holiday, the duo met up with reps from Lionsgate TV where they demonstrated amazing chemistry.

At the time, Grammer wanted to keep the potential project top-secret, as he was still going through his divorce. Luckily, it was officially finalized in December (right before Christmas). Now the show’s back on the table.

The idea is to have a traditional multi-camera sitcom with an “odd couple” vibe. If it moves forward, this would be a major return for both actors.

Kelsey Grammer walks out on Piers Morgan over Camille >>

Grammer is best known for his role as Dr. Frasier Crane on both Cheers and Frasier. He’s also done well for himself behind the scenes. He created Grammnet Productions, which produced successful shows such as Girlfriends, The Game and Medium.

Lawrence is also a veteran of TV success. In the ’90s, he headlined the Fox comedy Martin, which ran for five seasons. It was one of the network’s landmark programs, which helped kick start Lawrence’s film career. He went on to star in movies like Bad Boys (alongside Will Smith), Life, Blue Streak and the Big Momma’s House franchise.

Would you watch a Grammer and Lawrence buddy comedy?