What do Neil Patrick Harris, Raven-Symoné, Natalie Portman and Taylor Swift all have in common? They made our list for the top moments in People’s Choice Awards history! 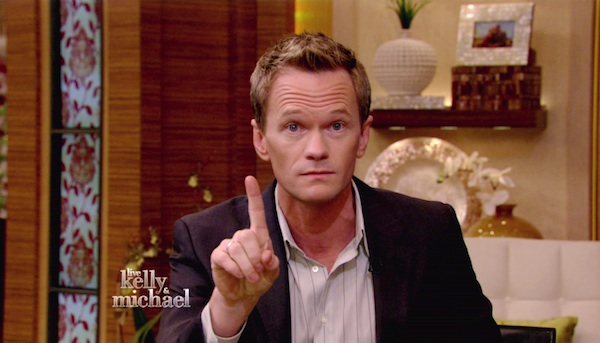 The 39th People’s Choice Awards airs Wednesday, Jan. 9, 2013 with host Kaley Cuoco on CBS. It’s one of our favorite shows because fans get to vote for the winners in a variety of fun categories — 48 categories to be exact — each related to popular culture. However, we also love the People’s Choice Awards because some crazy moments have gone down over the years on this fan-favorite awards show. We break down our top five for you, but trust us, it was really hard to choose.

The over-wrought duet between Kaley Cuoco and Neil Patrick Harris was funny and generally entertaining at first but it went on a bit too long and honestly, it didn’t do Cuoco any hosting favors. Neil Patrick Harris has a natural comedic charm where Kaley looked to be doing her best at reciting lines. The end result made us long for more Neil Patrick Harris screen time — not a smart move by the producers.

Raven-Symoné showed up to the 2011 People’s Choice Awards last January in cool leather leggings along with a major 35 pound weight loss! The former child star had heads turning. When asked about the transformation, Raven-Symoné brushed it off. “I thought I looked fabulous before and nobody else did,” she told People magazine. “So, whatever.”

#3 from 2011: Natalie Portman shows off her baby bump and engagement ring

Natalie Portman had a huge year in 2011. Fresh of the critical success of Black Swan, Portman became engaged to choreographer Benjamin Millepied and debuted her gorgeous engagement ring a the 2011 People’s Choice Awards. Portman was also simply glowing as she showed off her pregnancy. She anncounced her engagement and pregnancy in late December 2010. You can see her below announcing the winner for Favorite Movie with Ashton Kutcher.

This was the acceptance speech. The one when we all started to get a little tired of the super-sweet Taylor Swift and her seemingly sincere surprise that she won yet another award. Watching this acceptance speech is a bit cringeworthy but Taylor looks gorgeous in her short, peach cocktail dress.