The 39th People’s Choice Awards air Wednesday, Jan. 9, 2013 on CBS and we have a few predictions about who the winners will be on that night. 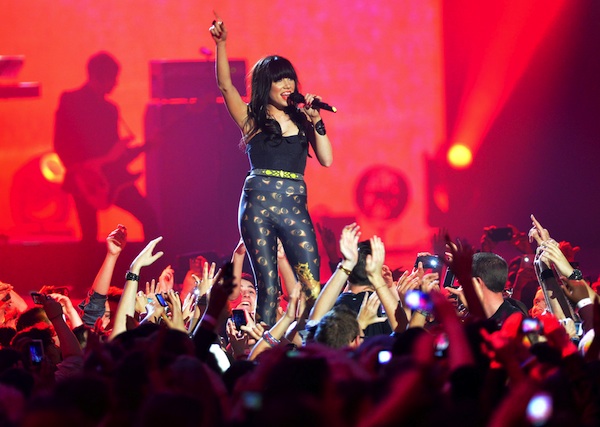 The 39th People’s Choice Awards celebrate the best of popular culture for 2012. Categories range from the best in television and film to musical acts and fan groups. We break down our predictions for the winners of a few categories for the upcoming awards show. Be sure to watch live on Wednesday, Jan. 9 on CBS to see how accurate we were!

This one seems a no-brainer: The Voice dominated popular culture this year and was clearly a fan favorite throughout most of 2012. The structure of this reality television competition show is just a little bit more modern and fun than aging reality shows like American Idol and Dancing with the Stars. All of the shows nominated are great, but we think The Voice is set to take home the award for Favorite Competition TV Show at the 2013 People’s Choice Awards.

We think it’s a close call between Bradley Cooper and Channing Tatum, although Liam Neeson is certainly deserving of a win in this category. (Who doesn’t associate Liam Neeson with action-packed thrillers?) Channing Tatum stole our hearts in his movie The Vow in which the chemistry between him and Rachel McAdams was made-for-film romance. Bradley Cooper starred in The Words with now ex-girlfriend Zoe Saldana but it the movie was panned by critics and moviegoers alike. We think Channing Tatum is set to walk home with the trophy for Favorite Dramatic Movie Actor at the 2013 People’s Choice Awards.

“Call Me Maybe” – Carly Rae Jepsen
“One More Night” – Maroon 5
“We Are Never Ever Getting Back Together” – Taylor Swift
“We Are Young” – Fun. ft. Janelle Monae
“What Makes You Beautiful” – One Direction

This one is tough because honestly, those are all our favorite songs of the year. The front runners are likely Carly Rae Jepsen and One Direction. But while One Direction may have their fanbase — the “Directioners” — voting like crazy, we think “Call Me Maybe” was truly the song of the year. Jepsen seemingly came out of nowhere and inspired plenty of viral YouTube videos dedicated to her monster hit. Without a doubt, Carly Rae Jepsen is set to win Favorite Song at the 2013 People’s Choice Awards.