HBO is in some serious trouble. The network is being sued for allegedly covering up horrific animal abuse for the short-lived show Luck. 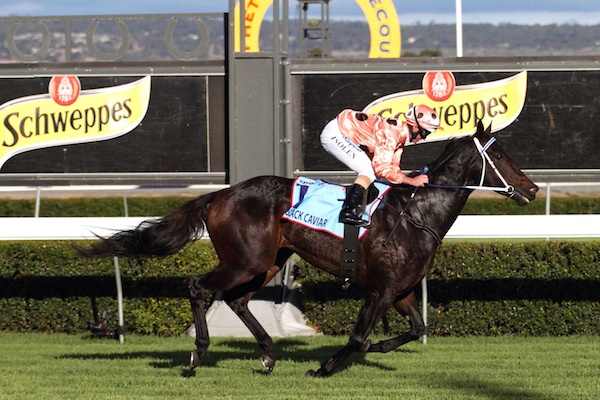 HBO faces a new lawsuit filed by Barbara Casey, the former director of production for the American Humane Association (AHA), who alleges HBO and Luck‘s production company, Stewart Productions, pressured the AHA to allow the controversial show to remain on air despite severe violations of horse welfare.

The Hollywood Reporter obtained a copy of the actual lawsuit filed in the Superior Court of California on Dec. 31, 2012. The suit names the AHA, HBO and Stewart Productions as respondents to the complaints of wrongful termination, aiding and abetting and animal cruelty.

Out of Luck: HBO cancels show after horse deaths >>

Casey’s attorney states she supervised film and television production for the AHA to ensure animals and animal handlers were treated humanely, responsibly and ethically for entertainment production. The complaint alleges, however, that from January 2010 to March 2012, the HBO series Luck engaged in “ongoing, systematic, and unlawful animal abuse and cruelty towards the horses on the set” and states HBO was forced to cancel Luck when “a third horse was killed during production.”

The lawsuit also states that HBO and Stewart Productions willfully decided to violate the AHA’s guidelines “in order to save time and money… and to minimize any disruption to its production schedule.”

Says the complaint, “The Production Defendants pressured AHA to allow the use of unsuitable horses in an attempt to ensure that sufficient numbers of horses would be available to meet its production demands.”

HBO gambles on another season of Luck >>

Casey’s attorney lists specific incidents of animal abuse such as horses being drugged in order to perform, underweight and sick horses used routinely for work, the intentional misidentification of horses to confuse AHA officials from tracking medical histories and the death of three horses during Luck’s production.

HBO responded to the allegations via The Hollywood Reporter. “We took every precaution to ensure that our horses were treated humanely and with the utmost care, exceeding every safeguard of all protocols and guidelines required of production. Barbara Casey was not an employee of HBO, and any questions regarding her employment should be directed to the AHA.”