In the wake of the death of a photographer killed while trying to get a shot of Justin Bieber, Neil Patrick Harris weighs in on whether or not stricter laws should be passed to protect paparazzi from themselves. 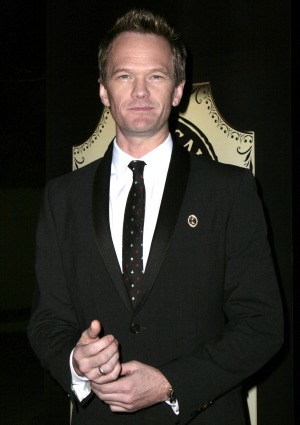 Broadway and TV star Neil Patrick Harris is no stranger to the flashbulbs of unwanted press intrusion, but when asked if stronger laws should be passed in the wake of the death of a photographer chasing Justin Bieber, the actor was surprisingly reticent.

“There’s so many thoughts. I don’t know where you begin with that without sounding like you’re taking a stance one way or the other,” the How I Met Your Mother star told reporters at the 50th anniversary ceremony for Hollywood’s famous Magic Castle. “I certainly think that being a public person, a celebrity people are interested in, means they’re going to want to know all about you. And the minutiae of your daily life is sort of up for public consumption.”

“I don’t know where the line is,” he mused. “I mean if the paparazzi stopped at every red light, they’d lose the picture. But they’re not the only people that run red lights. So you can’t come down on them hard.”

“But I do think it’s trying for people who are trying to live their lives in an everyday way to be constantly accosted by not only people wanting their photo but being abrupt and derogatory in order to get a facial expression,” Harris added. “That can’t be fun. I’m thankfully not that exciting so I don’t get a lot of that. But yeah, it sucks when people die.”

To say the least.

Justin Bieber for one disagrees. He released a statement saying he hopes the senseless tragedy will “finally inspire meaningful legislation and whatever other necessary steps to protect the lives and safety of celebrities, police officers, innocent bystanders and the photographers themselves.”