Reality Steve, the spoiler website for The Bachelor, is being sued again by producers. They believe that website founder Steve Carbone violated their June 2012 settlement.

If you are a Bachelor fan, then you know Jan. 7 is the premiere date for Sean Lowe‘s season. If you are a hard-core fan who loves spoilers, then you have already hit the Bachelor spoiler website, Reality Steve. 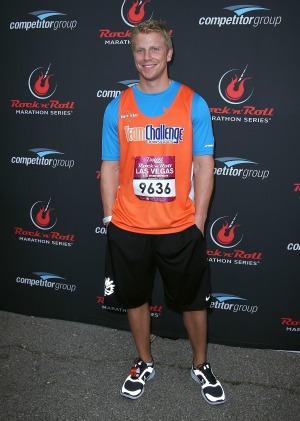 The site has been a fan favorite since Season 13, when Steve Carbone, founder of Reality Steve, correctly leaked information about the tumultuous Melissa Rycroft–Molly Malaney–Jason Mesnick love triangle. Since then, the show’s fans have flocked to the site for updates on contestants, insider scoops and the inevitable engagement. The problem is, ABC hasn’t been too happy with Carbone’s work.

Back in December 2011, Carbone was sued by Horizon Alternative Television and NZK Productions, a division of Warner Bros., for trying to pry information from contestants to gain insider information. The contestants are legally bound by a confidentiality agreement.

In the settlement, Carbone agreed to cease contact with anyone involved with The Bachelor, but the reality show king vowed to continue to spoil the show.

“I know you probably have a lot of questions, and I will answer what I feel I can, but because the production company behind ‘The Bachelor’ have already filed a frivolous lawsuit against me, I do not want to give them an alleged excuse to file another. I will abide by the agreement that I signed and not initiate contact with people under contract about non-public information concerning the show. Other than that, it will be business as usual.”

The lawsuit was settled in June 2012, but now, just six months later, the two sides are feuding again.

In breaking news from The Hollywood Reporter, Carbone posted new information about the upcoming season of The Bachelor, including names of some of the eliminated women in the first five episodes. This action on Dec. 12 resulted in the producers filing new claims against the website owner in court later that month.

Carbone denied any wrongdoing to The Hollywood Reporter, saying,

“The suit was brought in violation of the settlement agreement I previously reached with the producers of the Bachelor series. That agreement does NOT prevent me from publishing spoilers. The producers have provided no proof that I did anything in violation of our agreement because there is none. They just seek to put me out of business by intimidation and litigation costs. I am currently exploring my legal options, including a counterclaim.”

SheKnows was also able to reach Carbone by text, and he reiterated that a counterclaim is possible. The producers this time around are seeking monetary damages from the prior claim, which stipulates a $10,000 penalty per violation of the settlement and a permanent injunction.

Will this lawsuit shut down Carbone for good? Carbone seems pretty confident about his side of the story, and he has already laid out on his website reader photos that suggest whom Lowe will become engaged to in Season 17.

As Carbone told SheKnows exclusively, “By suing me they’re basically admitting that, once again, my spoilers are right.”

It looks like Carbone isn’t going down without a fight.