Bradley Cooper and Zoe Saldana broke things off just before they were scheduled to head to Paris for the holidays. 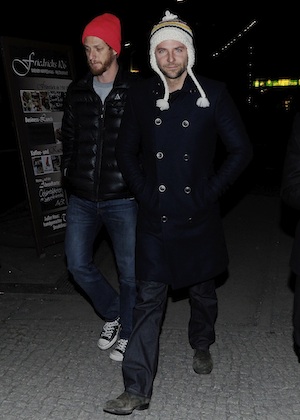 Bradley Cooper may have suffered from a broken heart this holiday season. Cooper and girlfriend Zoe Saldana broke up just before Christmas. The New York Post has the exclusive tip from a source who said Cooper and Saldana ditched their romantic Paris plans and instead spent Christmas and New Year’s Eve in separate locales, with Bradley in Europe and Zoe in Miami.

Said the source, “Zoe had planned to spend the holidays with Bradley and his family in Europe. They all were going to Paris, but things didn’t work out between them. Zoe spent New Year’s Eve with friends in Miami.”

The New York Post claims Saldana spent time with friend and co-star Mila Kunis in South Beach and was spotted sans Cooper at the restaurant Catch Miami and at a New Year’s Eve party at the James Royal Palm.

So how do we know Zoe Saldana and Bradley Cooper have split? While we don’t know for sure since neither Cooper’s nor Saldana’s rep has confirmed the split, the separate holiday plans don’t bode well for the couple. People magazine reports its sources spotted Saldana laughing and having a great time without Cooper, despite the decision to ditch him this holiday season.

Says People, “She was hanging out with Miami Heat stars Dwyane Wade and girlfriend Gabrielle Union, and Chris Bosh with wife Adrienne Bosh,” according to a source. “She looked happy and was dancing quite a bit. She was smiling all the time.”

Sources can’t pinpoint what Bradley Cooper was up to over the holidays in Europe, except for looking super cute in his hat and peacoat (see above). Maybe he was crying himself to sleep with some wine next to to a fireplace with images of him and Saldana together — just an opinion.

Whatever happened between Cooper and Saldana, it looks like Zoe isn’t letting her fizzled romance ruin her mood.