Brandi Glanville seems to be so green with envy that she wants to puke over LeAnn Rimes’ new mansion. Naturally, the reality star is airing her grievances on Twitter. 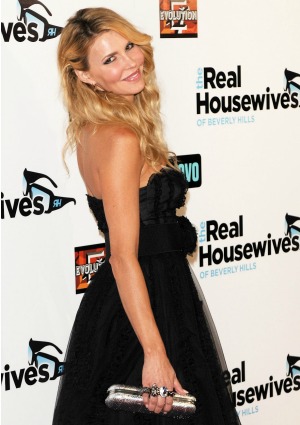 Despite the beginning of a new year, Brandi Glanville and LeAnn Rimes are sticking to old habits, spatting and trading insults on Twitter. The latest round of their ongoing feud centers on the singer’s new vacation home in Cabo San Lucas, Mexico.

“Ok I’m super excited my kids are moving into a mansion,” Brandi Glanville, who is the mother of two sons with Eddie Cibrian — now LeAnn Rimes’ husband — tweeted Jan. 2, “but I want to throw up in my mouth and swallow it — having to keep hearing about it.”

What’d LeAnn Rimes do to deserves such a snide comment?

Along with posting a slew of photos from sun-soaked Cabo, she wrote, “We love our home! Esperanza Resort. Cheers to 2013.”

On New Year’s Day, she gushed, “Whales everywhere yesterday! Such an incredible way to ring in 2013. Happy new year everyone.”

Likely catching wind that Brandi Glanville is not having such a happy New Year after all, LeAnn Rimes tweeted Thursday, “Oh the bulls**t! Laughing.”

Also laughing are some of the Real Housewives star’s followers.

Replying to Brandi Glanville’s barf message, one follower suggested she “Throw up on their porch. Win win.”

Another commiserated with the nausea notion, writing, “the big house doesn’t bother me. ‘her’ PDA (always in a bikini Ahemmmm) is what makes me barf in my mouth. #GetARoom.”

“Remember honey you are their mother first and foremost,” wrote a third person, focusing on the big picture rather than pesky grievances. “It is you who gave birth to them and gave them life! They love YOU!”

What do you say in reply to Brandi Glanville’s latest LeAnn Rimes comments?