Hannah Storm’s burn injury photos are not for the faint of heart. Watch here as ABC World News gives the public a look at the damage that was done to the ESPN co-anchor in a gas grill accident. 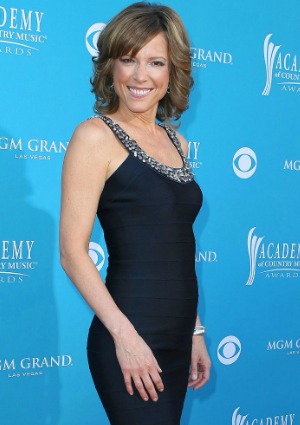 Photos of Hannah Storm’s burn injuries are “difficult to look at” warned an ABC anchorman before images of the 50-year-old were aired and her accident detailed.

Hannah Storm returned to television on New Year’s Day to host the Rose Parade telecast just three weeks after her face and hands were burned in a propane-grill accident. While on the air, she opened up about the “hard road” she’s been down in recent weeks.

In mid-December, the ESPN SportsCenter co-anchor was preparing dinner for her family outside of their Connecticut home when she noticed the flame on their grill had gone out. Attempting to remedy the problem, she turned off the gas, but when she reignited it, it exploded.

Hannah Storm described what happened during the Rose Parade coverage. “A wall of fire, like something you see in a movie. It came right at me.”

She continued, “An explosion so powerful and fierce. It literally blew the doors of the grill off. I looked down and I saw I was on fire. And that’s — you know, that’s a terrible feeling. So, I yelled inside to my daughter, ‘Mommy is on fire. Call 911.'”

The terrifying accident left Hannah Storm with first- and second-degree burns on her hands, neck and face. The reporter, who is often featured on ABC World News, also lost her eyebrows, eyelashes and some of the hair on her head.

After being treated at a burn center and taking a few weeks to recover, Storm turned to the help of a makeup artist before going in front of the camera. Just over the simple act of getting eyebrows put on she gushed, “I wanted to kiss [the makeup artist], it looked so good.”

Indeed, comparing Hannah Storm’s burn photos to her appearance at the Rose Parade is remarkable. Take a look: