50 Cent is better known for raps about taking ecstasy and drinking champagne than living a healthy lifestyle — but he shows off his exercise chops and gives diet advice in new tome Formula 50. 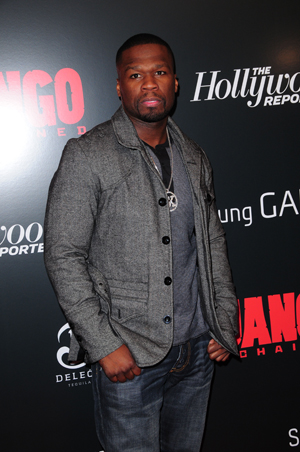 Yep. The “In Da Club” rapper, who’s not necessarily known for his great body, came out with Formula 50 this month, a diet and exercise book that purports to help readers get as fit as Fiddy.

Is he fit? If the many images of 50 Cent working out prove he’s lean and hard at 37, and dedicated to weight lifting and boxing.

In his new book, he advocates the metabolic resistance training strategy popular with weight lifters. The method encourages exercisers to lift weights to the point of “failure” (when the lifter can no longer move a weight), and to adhere to circuit training, exercising each part of the body in turn with only short rests in between reps.

Does it work? Fiddy told Bodybuilding.com that the method turned him into a rock-hard ab-god, with the confidence to work with Arnold Schwarzenegger and Sly Stallone (though 50 ultimately dropped out of The Tomb, set for a summer 2013 release).

Even though both icons are decades older than 50 Cent, Fiddy considered them the competition: “I can’t be with those guys and look like I’ve been off to see the wizard,” he said. “You don’t want those older guys looking like, ‘You need some help?'”