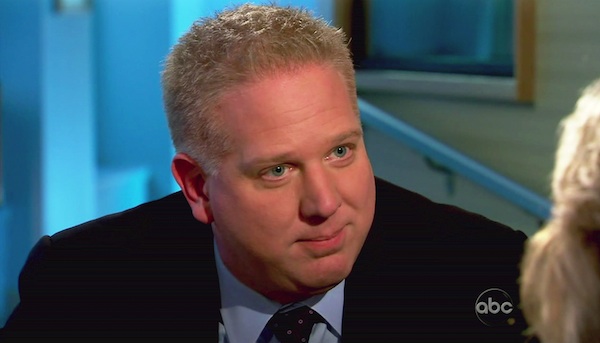 Beck tweeted his desire to own Al Gore‘s progressive media network and his surprise about the sale.

He tweeted, “Before Al-Jazeera bought Current TV, TheBlaze looked into buying it but we were rejected by progressive owners.” Beck later tweeted, “Note: We would have put #TheBlazeTV in millions of homes across the country, not the existing line up.”

It seems Beck is referring to the current scheduled programming that mainly caters to conservative — namely Republican — viewpoints.

The Wall Street Journal confirms Beck’s report about his failed effort to buy Current TV. TheBlaze is a conservative media network owned by Beck, but it is not clear if his bid was serious and CurrentTV executives didn’t want to see Gore’s network in Beck’s hands, or if Beck and TheBlaze didn’t put together a credible offer.

It looks to be the former as the Wall Street Journal cites a source who refuted that any financial negotiations took place because Beck simply wasn’t the right buyer for CurrentTV.

“Glenn Beck’s TheBlaze approached Current about buying the channel last year, but was told that ‘the legacy of who the network goes to is important to us and we are sensitive to networks not aligned with our point of view.’ “

The New York Times reports that Al Jazeera purchased Current TV for around $500 million, including a $100 million payout to Gore to buy out his 20 percent stake. The Times says it believes Al Jazeera’s motivation to buy CurrentTV was to showcase its progressive and independent views outside of the many state-run television networks in the Middle East.

Writes Brian Stelter, “Al Jazeera, the pan-Arab news giant, has long tried to convince Americans that it is a legitimate news organization, not a parrot of Middle Eastern propaganda or something more sinister.”