The People’s Choice Awards are full of fan-favorite nominees, though more than one fan favorite is missing from the list. Oh, the horror! 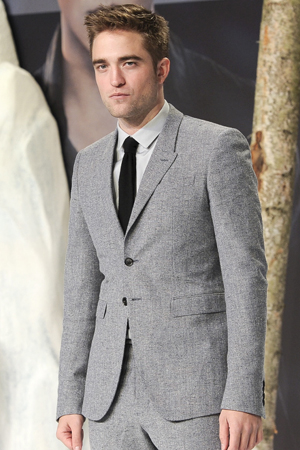 Every awards show has its snubs — and the 2013 People’s Choice Awards are no exception. This year’s surprising snub has everything to do with Twilight, believe it or not.

Robert Pattinson has been a mainstay at the People’s Choice Awards since 2008, thanks to his role as Edward Cullen in The Twilight Saga franchise.

This year, though? Nada. Nothing. Zilch.

Pattinson shouldn’t feel too bad, though: On-again girlfriend Kristen Stewart was snubbed last year while he was nominated for Favorite Male Actor.

Pattinson’s film, The Twilight Saga: Breaking Dawn – Part 1, was also snubbed from the nominations for 2013. At least Twihard were nominated as Favorite Movie Fan Following, though we have to ask: Who accepts on behalf of the Twihards if they win? We choose NuttyMadam to act on the behalf of crazy Twilight fans everywhere.

Darren Criss is adorable as Blaine on Glee, but apparently the powers that be at the People’s Choice Awards don’t agree — he was snubbed from this year’s categories. But Chris Colfer, his partner-in-crime on the hit Fox show, is nominated, though.

Britney Spears, Adam Levine, Demi Lovato and Christina Aguilera are among the nominees for Favorite Celebrity Judge. However, we have to wonder why the self-proclaimed “America’s Judge” Howard Stern wasn’t nominated for his slot on America’s Got Talent. He was much more entertaining than Britney Spears was on The X Factor, that’s for sure.

Who else was snubbed from a People’s Choice Award nomination?