The Big Bang Theory star Kaley Cuoco is back to host the 2013 People’s Choice Awards! 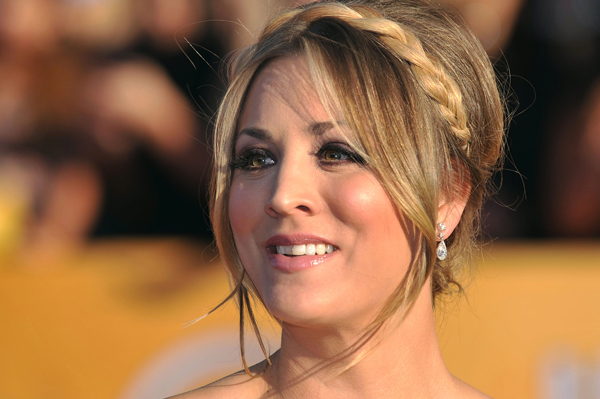 The Big Bang Theory star Kaley Cuoco had big shoes to fill when she took over the People’s Choice Awards hosting reins from Queen Latifah in 2012.

And how’d she do? Overall, the critics loved the self-deprecating actress and her jokes throughout the show. The producers loved her, too: They asked her back to host the 2013 PCAs scheduled for Jan. 9.

“She is such an engaging performer who brings an undeniable energy and passion to our stage,” People’s Choice Awards executive producer Mark Burnett said in the fall. “There is no doubt she will be a key part of what makes this year’s show a can’t-miss event.”

Cuoco is pumped, too.

“It’s an honor to return as host of the 2013 People’s Choice Awards and kick off awards season with one of the most fun events of the year,” she said.

So, what does the blond comedian have in store for this year’s show? She’s not saying, but we’re expecting more of her awesomeness. The actress is feeling better than ever, she recently told Shape magazine.

“Today, I’m comfortable enough in my own skin that I can laugh or cry when I need to, and it feels so good,” she said.

Are you glad Kaley Cuoco is back to host the 2013 People’s Choice Awards?