You can never have too much of a good thing, right? Check out these new previews for The Carrie Diaries! 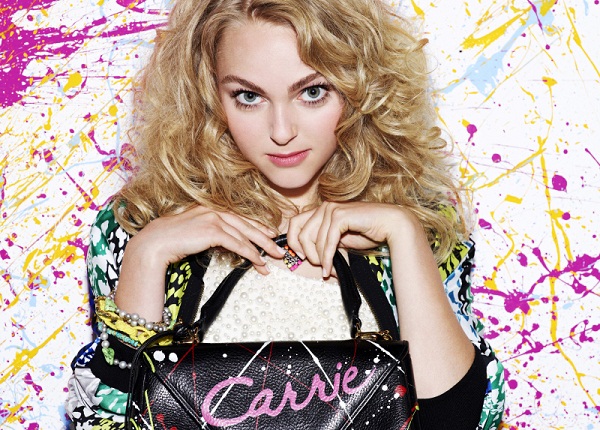 If you read the book for The Carrie Diaries, by Candace Bushnell, you know all about Carrie’s awesome purse. A present from her mother (who dies a few months prior to where the book and show pick up), it’s an old purse that appears to be an ultra-expensive and much sought-after Berkin bag. (We know where Carrie gets her taste!) One problem: Carrie’s grieving sister, Dorrit, has turned into somewhat of a kleptomaniac. She swiped the purse and while it was in her posession, a bottle of nail polish broke and splattered all over it.

Sex and the City fans know, though, that Carrie Bradshaw (now AnnaSophia Robb, but formerly Sarah Jessica Parker) is one very resourceful girl (how else could she have afforded such a posh apartment and amazing wardrobe on a writer’s income?). In the clip above, you don’t find out what happens to the purse. However, if you’ve read the book, seen some of the awesome sneak peeks we’ve posted, or refer to the picture above, you’ll catch a glimpse of Carrie’s totally fab Berkin redux. Or, you know, you can watch this other 80s-liscious preview below!

In case you were wondering: No, there is absolutely no way we could ever be more excited for this show.

All of our The Carrie Diaries sneak peeks