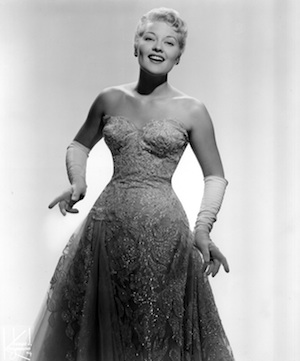 Patti Page died on Jan. 1, 2013; the singer was 85 years old. Younger generations may not be familiar with Patti Page, but she was one of the most successful recording artists in history. Page sold over 100 million records with her most popular song, “Tennessee Waltz,” which spent 13 weeks on top of the Billboard music charts in 1950. Younger fans might be familiar with another of her hits, “(How Much Is That) Doggie in the Window?” which went to No. 1 on the Billboard charts in 1953.

An Oklahoma native, Patti Page was just 20 years old when she signed with Mercury Records, which is still in existence today as part of the Island Def Jam Music Group. Mercury Records, then a relatively new label, credits Page as its first — and one of the most — successful female artists.

She had commerical success with her first single, “Confess,” released in 1948, and then made history with her second single, “With My Eyes Wide Open, I’m Dreaming,” released in 1950. That song sold over 1 million copies. Page is credited with introducing the technique of overdubbing, which allows studios to add sound to a previously recorded song. Overdubbing was first done on her song “With My Eyes Wide Open, I’m Dreaming,” to make up for the lack of backup vocals.

Fox News reports her biggest hit, “Tennessee Waltz,” was not intended to be a major song, although it ended up becoming the first pop song that had country crossover appeal. (Taylor Swift must be grateful.) “Tennessee Waltz” was recorded on the flip side of the record, commonly known as the B-side; the A-side was a Christmas song Page recorded for radio play.

Page was quoted once as saying, “Mercury wanted to concentrate on a Christmas song and they didn’t want anything with much merit on the flip side.” She went on, “The title of that great Christmas song was ‘Boogie Woogie Santa Claus,’ and no one ever heard of it.”

Page died on New Year’s Day in Encinitas, California, according to her publicist, Schatzi Hageman. Page is survived by her son, Daniel O’Curran; her daughter, Kathleen Ginn; and her sister, Peggy Layton.

Below is the full version of Patti Page’s “Tennessee Waltz.”