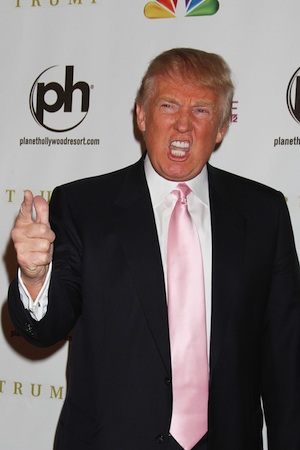 In not surprising news, Donald Trump continued his tirade of annoying tweets and ridiculous opinions after the U.S. House of Representatives passed a bill to avoid the “fiscal cliff” that the nation technically went over on Jan. 1, 2013. The bill was passed late Tuesday night after being passed by the Senate with substantial bipartisan support earlier in the day.

Donald Trump sent out harsh tweets urging Republicans to brush up on their negotiating skills. In a set of continuous tweets sent out Wednesday morning, Trump said:

“This is a terrible deal for the country and an embarrassment for Republicans! Does any Republican have the ability to negotiate?” Trump continued, “The Republicans must face reality & create strong & positive immigration policy — if not they will continue to lose elections. @GOP’s election loss and failed negotiations will derive as a case study in how third parties come about.”

About 20 minutes ago, Trump tweeted, “Make sure you realize this ‘deal’ is only a stop gap measure. Obama will be looking to raise even more taxes in the coming negotiation…”

Donald Trump has an Obama-induced meltdown >>

Curiously enough, the Huffington Post reports that Donald Trump actually favored major tax increases on the wealthy back in 1999. In his book The America We Deserve, Trump advocated a 14.25 percent tax on individuals who make more than $10 million. Trump acknowledges his position change; he told Slate back in April 2011 that different times require different policy options.

“[Raising taxes] would have been a beautiful thing to do,” said Trump. “But the world is different. Now you’re talking about numbers that are so big, so astronomical, that what you have to do is put people to work, and you can’t be raising taxes now.”