Singer-songwriter Drake says that he was the one who came up with the phrase that appears on everything from perfume bottles to sweatpants — and that retailers owe him money. 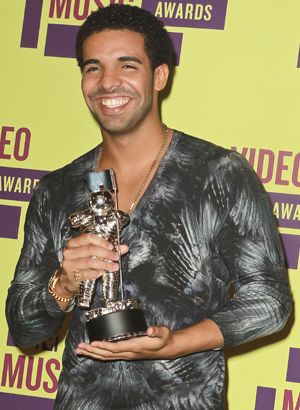 Drake was the guy who came up with the abbreviation YOLO in his 2011 song “The Motto” — and he wants to make money off it.

Drake rapped “You only live once, that’s the motto…YOLO” in “The Motto,” a single from his smash 2011 record Take Care.

“The Motto” peaked at No. 14 on Billboard’s Hot 100. But YOLO went much further. The acronym became something of a rallying cry for teens, who usually cry “YOLO!” just before making a stupid decision.

For example, aspiring rapper Ervin McKinness tweeted “YOLO” over Labor Day weekend about his drunk-driving friend, just moments before he was killed in a fatal crash.

Gawker reports that “there are over 100 YOLO trademark applications either live or dead in the United States for everything from cologne to dog collars.”

But Drake doesn’t like it: He accompanied an Instagram photo of a rack of caps reading “YOLO” with the caption “Walgreens…you gotta either chill or cut the cheque.”

Later, he posted an image of T-shirts with characters from comic strip Peanuts, also emblazoned with “YOLO,” with the message “Macy’s…same goes for you.”

Drake’s right that YOLO is popular — so much so that it was one of the finalists for the Oxford Dictionaries’ 2012 Word of the Year (it lost out to GIF). The Washington Post also name-checked Drake in an April story about YOLO’s popularity. The paper said that the “abbreviation has been bouncing around Twitter for a while now,” though it “cemented its place in cultural conversation when it was written into the Drake song ‘The Motto.'”

Drake is out of luck in terms of grabbing royalties in the United States, at least — he would have had to register YOLO with the U.S. Copyright Office in order to collect damages.