The Justice League movie is becoming a reality. Warner Bros. confirmed its release but left out some major details — like its cast. But never fear — we may have uncovered the lineup for the superhero epic. 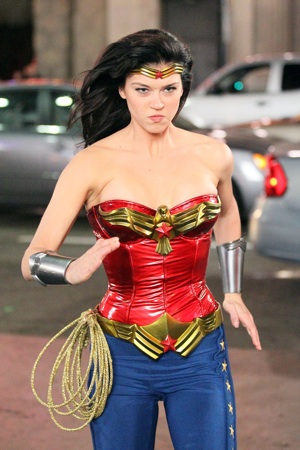 It’s 2013, and the Justice League movie from Warner Bros. is two years away. So it’s time to get things rolling. Apparently, the film already has a script (by Gangster Squad‘s Will Beall), but its cast is nowhere to be found. The mystery surrounding its lineup is causing some fans to panic.

We’ve heard rumors about the movie’s villain (Darkseid) and the possible return of Joseph Gordon-Levitt as the new Batman. Now Cosmic Book News has posted a major Justice League scoop. They’ve supposedly discovered the list of superhero characters who will appear in the film.

If you’re not familiar with the comic books, it’s important to know that the roster of the Justice League of America constantly changes. Therefore, it’s been hard to gauge who will and won’t be in the movie. But thanks to a source at DC Entertainment, here’s the list of potential JLA members who will be on hand, as well as some cameos.

We can also expect appearances from Man of Steel‘s Lois Lane, The Dark Knight trilogy’s Alfred Pennyworth and Green Lantern‘s Amanda Waller. In terms of the main cast, Henry Cavill and Ryan Reynolds are said to be reprising their roles as Superman and Green Lantern, respectively.

If this is legit, it looks like Aquaman will finally get some love on the big screen. He’s like the Rodney Dangerfield of superheroes — he gets no respect. And a film version of Wonder Woman is well overdue. Bring on the Lasso of Truth and the invisible jet!

Justice League is scheduled for release in June 2015.