Fantasia Barrino’s gay marriage comments have Instagram users all riled up. The singer, whose New Year’s Eve ramblings are causing quite a stir, has issued a clarification about what she was, and wasn’t, trying to say. 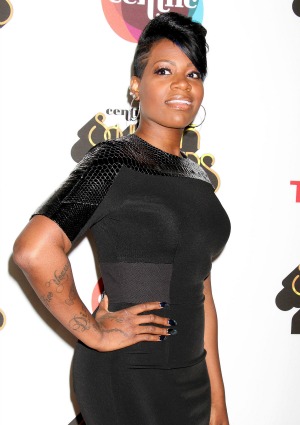 Is Fantasia Barrino against gay marriage? A New Year’s Eve post on Instagram, in which the singer references both the legalization of weed and same-sex marriage, has many believing so.

“I Rise ABOVE IT ALL!!! THE WORLD IS GONE MAD. KIDS, THE GOVERNMENT THE church House… Everybody Trying!!!!!!! Its a lot that going on that the Bible speaks about we should Not be doing. Weed legal in some places, Gay Marriage Legal BUT YET IM JUDGED!!! I’m not doing Nothing for you… My Life!!!!”

In response to angry comments from fans and followers who felt the 28-year-old was saying she believes gay marriage is wrong, the singer’s rep jumped into action.

“Comments made by Ms. Barrino through her Instagram account were recently taken far out of context,” reads a statement released by the rep the same day.

“Ms. Barrino is not now, nor has she ever been an opponent of the LGBT community. She has supported and performed at numerous events that are sponsored by the LGBT community. Whether it’s through a live performance or placement on social media, Ms. Barrino uses every opportunity to reach out and connect with her fans, all of her fans.”

Still, the controversy continues. Trying to clear the air herself, the mother of two added, “It has been brought to my attention that something I said was taken out of context.

“I, Fantasia Monique Barrino, don’t judge anyone because I don’t want to be judged. The gay community is one of my largest supporters. I support the gay community as they support me. Bloggers please stop misrepresenting the facts.”

Do you believe Fantasia Barrino’s comments were unfairly interpreted?